A chaotic collection of raw texts and recollections from ABC No Rio. A description of this publication on the website of Microcosm Distribution:

"This zine collects history from 1985-1990 at ABC NO RIO, a period where Matthew Courtney organized the wide open cabaret, an open mic series that was a very central, defining event in the East Village. Many people honed their craft there and moved on to other projects. People talk about their experiences and Matthew's non-judgmental nature and appreciation for eccentricity and marginal points of view. It stood in pale contrast to the club scene - being inviting to street characters and people who didn't identity as performers who just wanted to talk about their day." 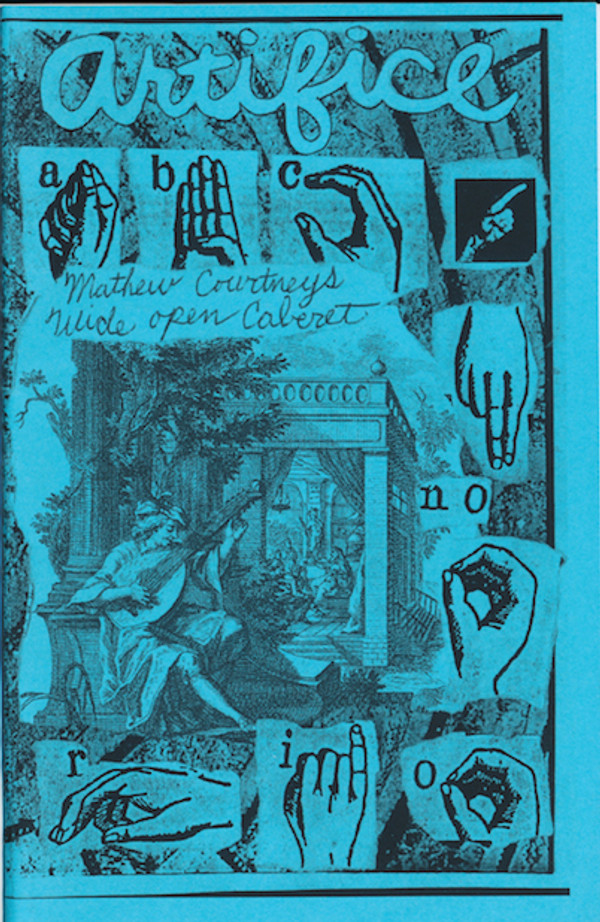