Marc Fischer wrote "Against Competition" in 2006. The essay takes on the pervasive and corrosive problem of competition that exists and is created between artists by a market-driven art system. The essay also explores productive collaborative models in art, as well as in underground music subcultures whose approaches to generosity and working together might be something for artists to learn from. Fischer's has been a popular text used in classes and downloaded many more times than the initial print run of the magazine the text was first published in.

We have reprinted the essay with illustrations made by our highly talented collaborator Kione Kochi.  A new Afterword follows up on some of the stories and examples from the original essay, and looks at the impact of social media on all of these concerns and how things have changed in the nearly 8 years since this text was first written. The booklet was made on a Risograph EZ 390 with three colors on green and white paper, and then scanned to make the epub. 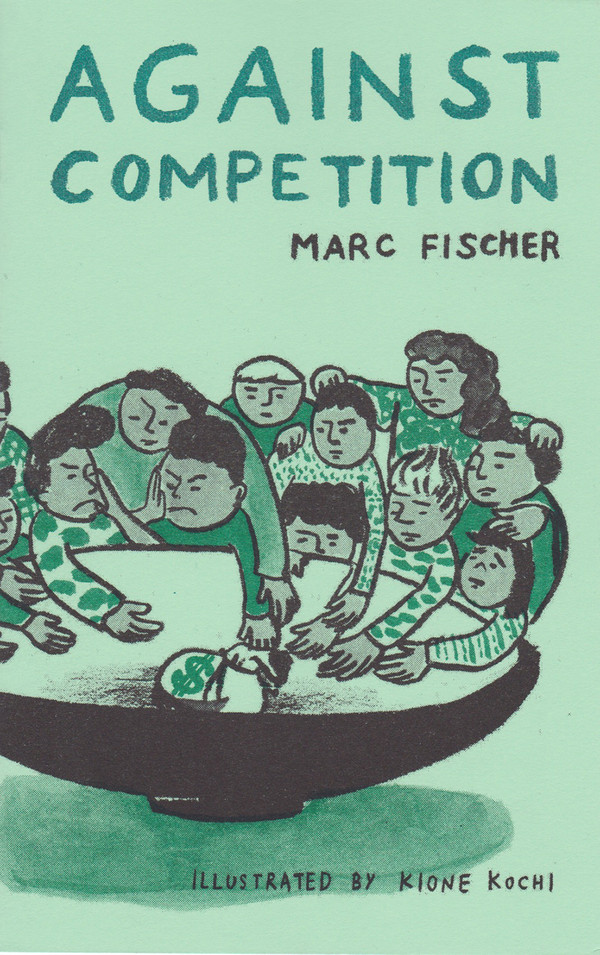 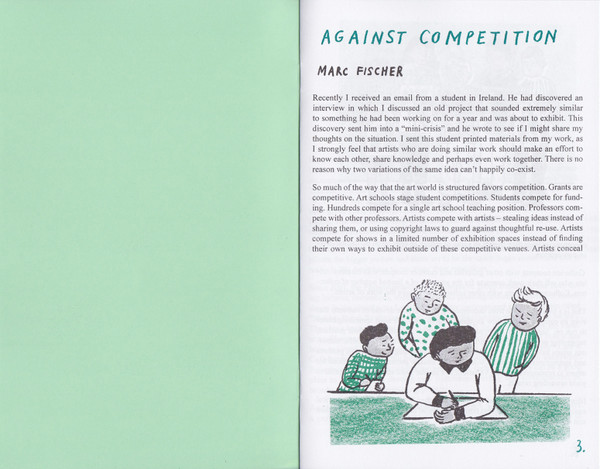 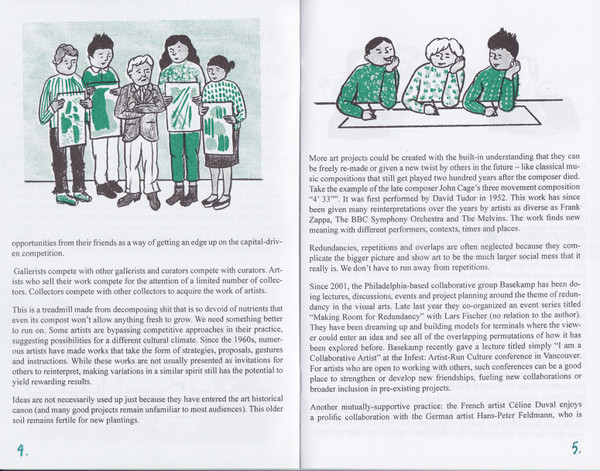 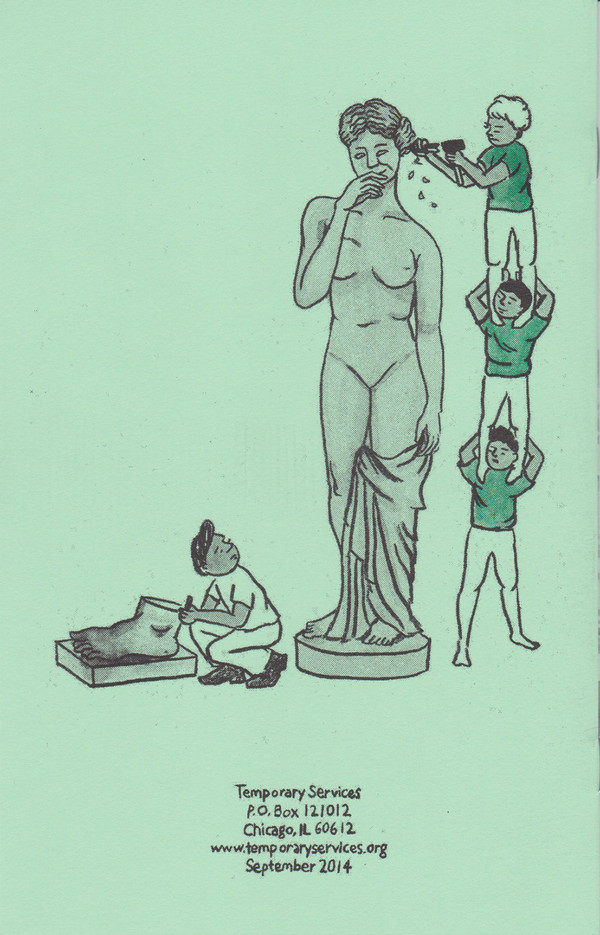 Towards A Self Sustaining Publishing Model (offset edition)