This is a second version of Ambiguous Ads by Public Collectors, with new images from a different source.

While not particularly explicit (just a few pairs of male and female breasts here and there), the rough quality of the photos gives this an appropriately dirty feel, with a touch of the creepy as well. Here's the description from the back cover of the booklet:

This booklet was compiled and designed by Marc Fischer. All of the ads were originally printed in black and white. Here they are enlarged by at least 200%. The ads were also accompanied by texts describing the kind of partner that each person (or couple) was looking for. Those texts have been omitted except for the location of the person depicted.
This is the second version of AMBIGUOUS ADS. The first version was printed in August 2010 and features photos take from issue number 38 of the magazine Select, published in New Jersey in 1972."

Laser printed on heavier than usual glossy white paper. Due to the difficulty of printing this (the laser printer hates this glossy paper) it will probably be a one time printing).
Current Stock:
Weight:
0.25 LBS
Shipping Cost:
Calculated at Checkout
Close 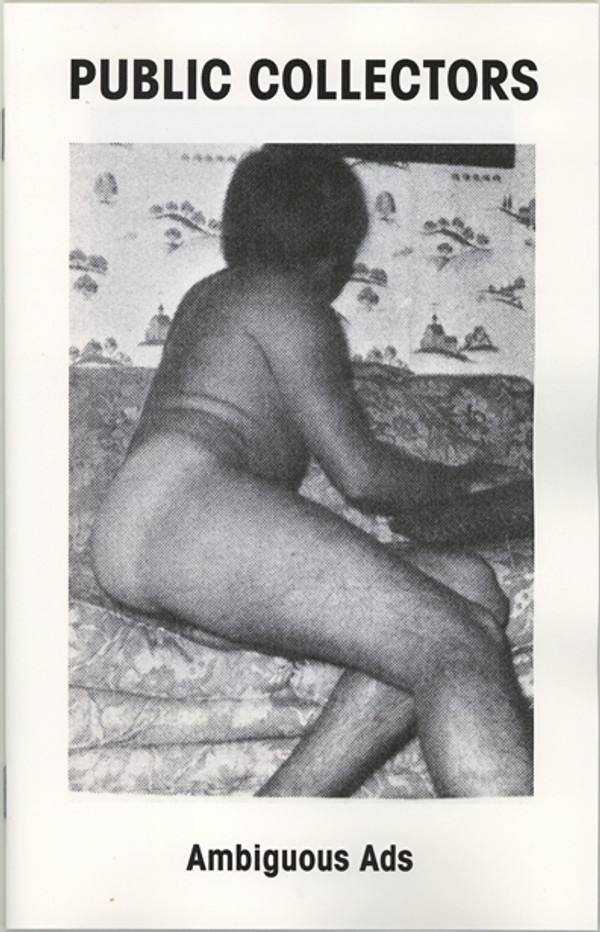