Living in any city is easier to negotiate when you know who the city's assholes are and you can avoid them at all costs. Or maybe you don't want to avoid them but want to confront them and perhaps even attempt the noble task of trying to persuade them to change their assholish ways? Enter the Llano del Rio Collective with their third free guide (free only in Los Angeles - sorry). Recently while in Los Angeles on Temporary Services and Half Letter Press business, we were able to pick up a bunch of copies directly from collective member Robby Herbst who, we are really happy to say, is definitely not an asshole.

More information from the press release:

Over 80 annotated entries locate banks, businesses, politicians and polluters, war contractors and museums, a troll, a yeller, and a cruel misdial. This list was sourced through an open public call and research. The guide frames for users sites worthy of creative exploration in Los Angeles, we hope your practice benefits from it.

An Antagonists Guide to the Assholes In LA is the 3rd free map/guide to Los Angeles by the Llano Del Rio Collective. Past guides are A Map For An Other LA (sites of collectivist projects) and Scores For The City (locations for aberrant public behavior). 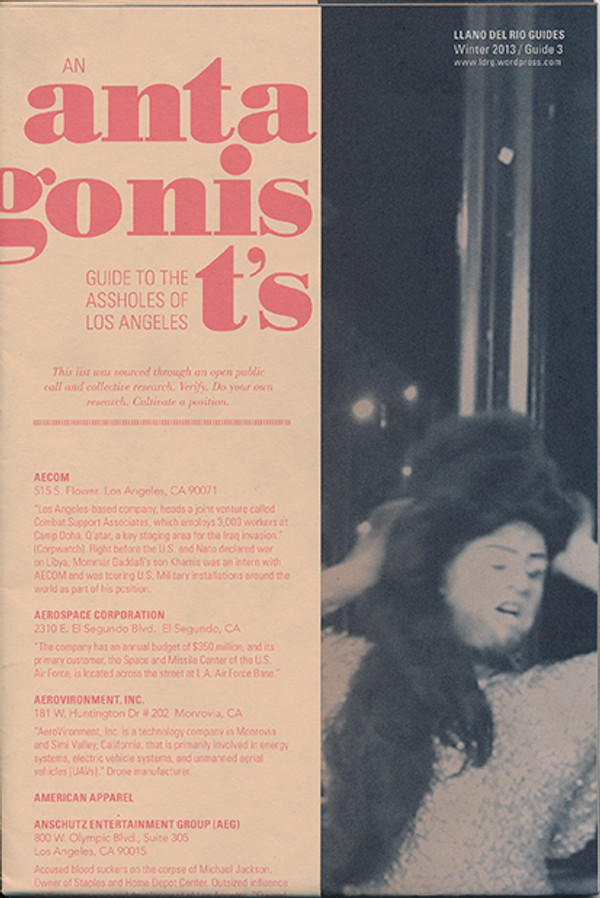