This book was selected by Brian Holmes as a part of our READING ROOM initiative which focuses on important critical thinkers and books they are excited about.

After a decade of digital fetishism, the spectres of the financial and energy crisis have also affected new media culture and brought into question the autonomy of networks. Yet activism and the art world still celebrate Creative Commons and the creative cities as the new ideals for the Internet generation. Unmasking the animal spirits of the commons, Matteo Pasquinelli identifies the key social conflicts and business models at work behind the rhetoric of Free Culture. The corporate parasite infiltrating file-sharing networks, the hydra of gentrification in creative cities such as Berlin and the bicephalous nature of the Internet with its pornographic underworld are three untold dimensions of contemporary politics of the common. Against the latent puritanism of authors like Baudrillard and iek, constantly quoted by both artists and activists, Animal Spirits draws a conceptual book of beasts. In a world system shaped by a turbulent stock market, Pasquinelli unleashes a politically incorrect grammar for the coming generation of the new commons.

Matteo Pasquinelli is an Amsterdam-based writer and researcher at the Queen Mary University of London and has an activist background in Italy. He edited the collection Media Activism: Strategies and Practices of Independent Communication (2002) and co-edited CLick Me: A Netporn Studies Reader (2007). Since 2000, he has been editor of the mailing list Rekombinant (www.rekombinant.org).
Current Stock:
Weight:
0.81 LBS
Shipping Cost:
Calculated at Checkout 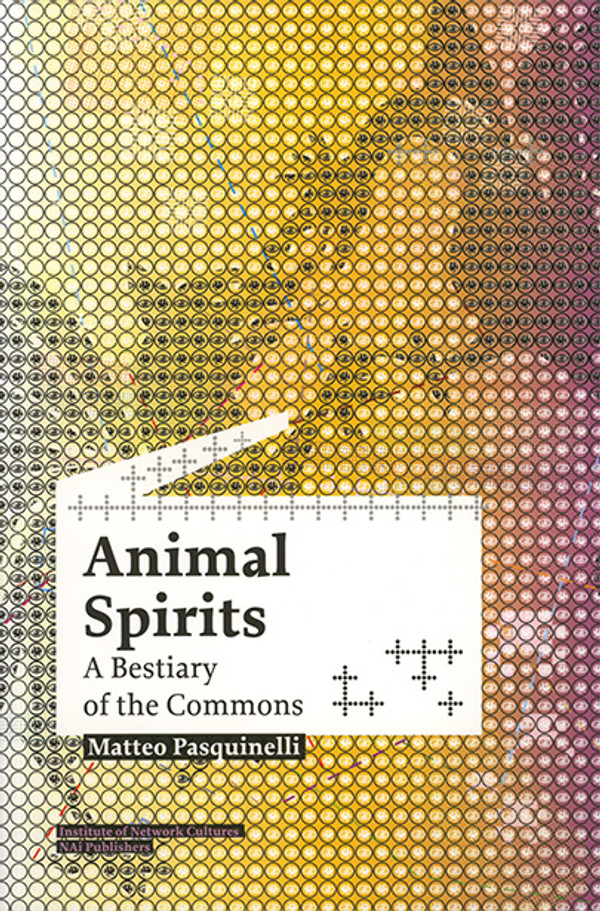