AREA Chicago continues to be a source of much inspiration and we continue to distribute each new thematic issue. This one asks: "Where are living now?" and documents some important Chicago housing struggles. There is a LOT in this issue, as always, but some key subject divisions focus on: Housing Histories, Notes from the Current Crisis, The CHA (with a great account of the CHAos art interventionist project, Gentrification in Pilsen, and a group of seven essays under the banner "Making It Work."

More from the publisher:

AREA Issue #13: Home Fronts, Housing Struggles explores the contested ground where we live and have lived: the history and current state of housing in Chicago and the political, personal, and imaginative meanings that accompany these physical spaces and the struggles for them. The issues themes include stories and histories of housing in Chicago; the CHAs Plan for Transformation and its ongoing aftermath; current struggles in Chicago around foreclosure and eviction, detention, and uneven development; housing alternatives and the labor of care; and the effects of gentrification in the Pilsen neighborhood.

Edited by Rebecca Zorach. With contributions by: 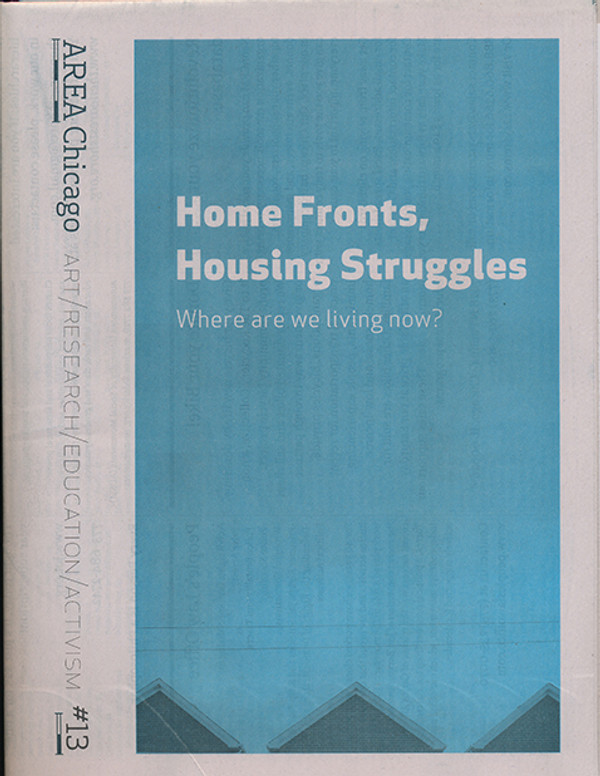