The catalogue Fish Story accompanies the exhibition Allan Sekula – Fish Story, that took place in Witte de With Center for Contemporary Art, (21 January – 12 March, 1995); in Fotografiska Museet in Moderna Museet, Stockholm (6 May-27 August, 1995); in Tramway, Glasgow (06 October-12 November, 1995); in Le Channel, Scène nationale and Musée des Beaux Arts et de la Dentelle, Calais (16 December 1995-25 February 1996). This exhibition was the third in a cycle of works on the imaginary and material geographies of the advanced capitalist world.

Following the Sketch for a Geography Lesson (1983) and the Canadian Notes (1986), Fish story shifted from landscape to the fluidity of seascape, while with the destabilization of the world geopolitical balance beginning in 1989, the drift and uncertainty of an extended work in progress seemed appropriate. Sites were chosen for reasons that were whimsical as well as thematic. In general the choices were predicated on a search for past and present centers of maritime power, as well as more peripheral zones, often those that have been subjugated to a single power, as has been the case with Mexico, or those that have endured a history of being caught between greater powers, as the case with Korea and Poland.

From the beginning, the project was conceived as becoming both an exhibition and a book, with “chapters” being presented as they evolved. The final sequence of chapters, and of pictures and texts within chapters, has been virtually identical in both exhibition and book. In the exhibition, 105 color photographs had been organized in sequence over a series of walls and rooms with 26 text panels interspersed at varying distances from the pictures. On a graphic level, these text panels had been the black-and-white photographic companions to the color pictures. The spatial relationship of image to image, image to text, and text to text necessarily takes a different form within the pages of a book. Furthermore, the book allows for the inclusion of another, parallel text, and becomes an altogether different object, published in its entirety in the catalogue to that exhibition.

The exhibition Fish Story also included the slide projections Dismal Science (1989/92) andWalking on Water (1990/95) that are not included in the book, although the prologues to both have been joined to form its epilogue. The projections were designed to introduce a markedly different temporal and pictorial experience from that elicited by the images and texts on the walls.

The publication Fish Story is a work in seven chapters, accompanied by an essay in two parts. The introductory sequence, Fish Story (1990-93) is represented in the publication in its fourth and final version. The first version was exhibited at the California Museum of Photography in Riverside, California and at Galerie Perspektief in Rotterdam in 1990. The second version was also exhibited in 1990, at the Fotobienal of Vigo, Spain. The third version was shown at the Museum of Contemporary Art, Los Angeles, in 1991. 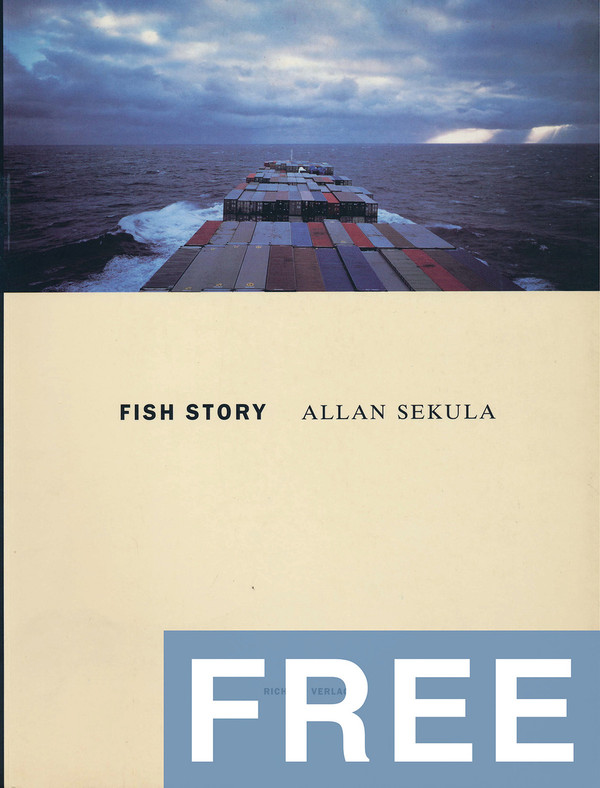 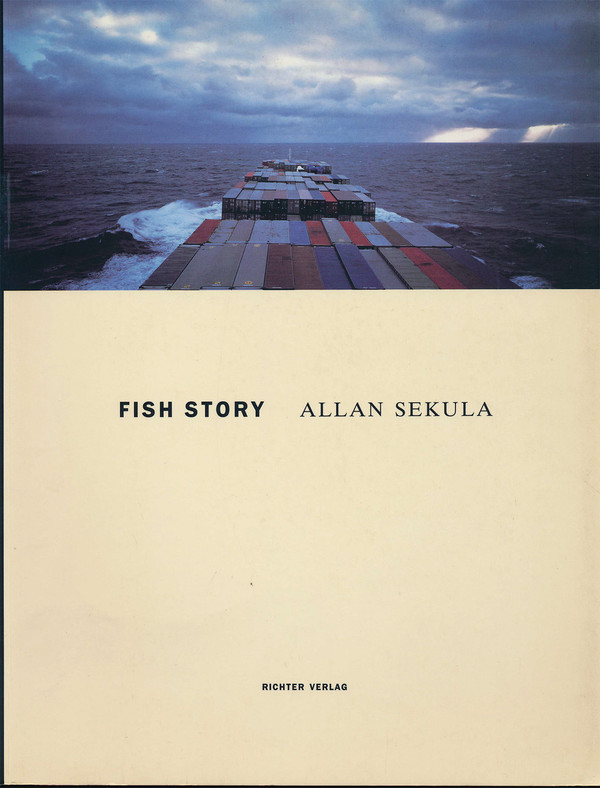 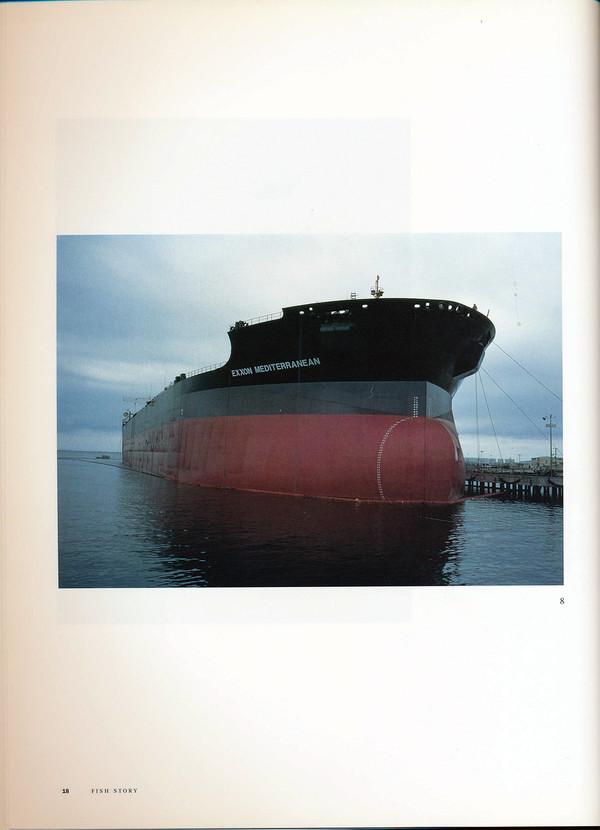 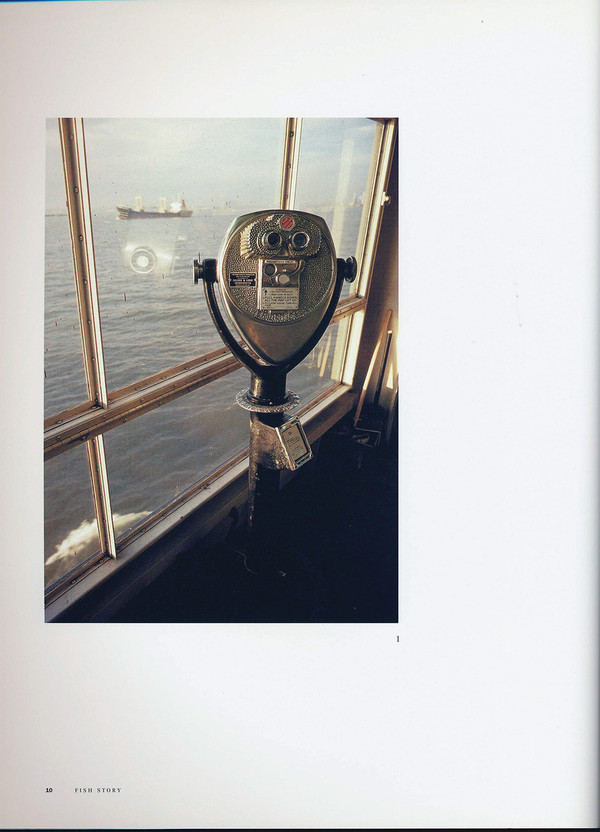 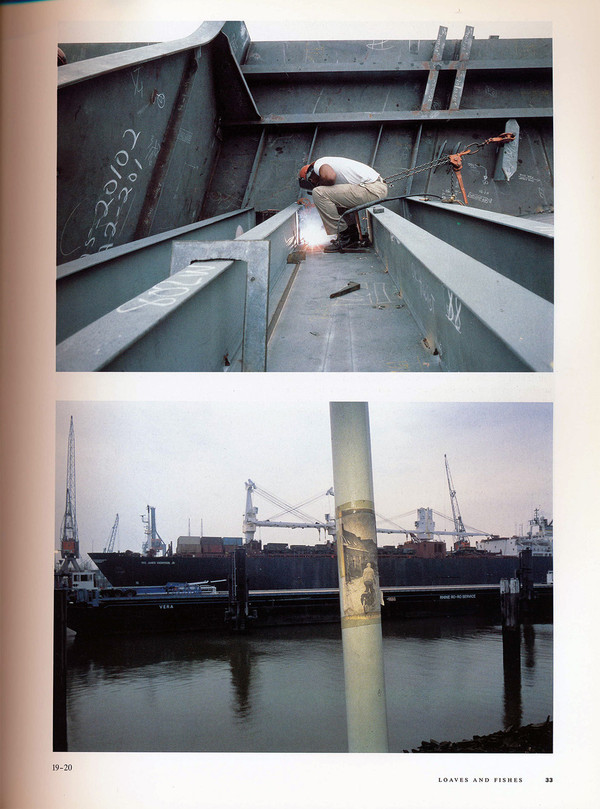 thanks guys for proving this absolute classic. well done!

The WC Gallery: A Brief History of a Very Small Space [PDF-5]