Hardcore Architecture explores the relationship between the architecture of living spaces and the history of underground American hardcore bands in the 1980s. This interview booklet is intended as a supplement to the website: hardcorearchitecture.tumblr.com. It is one of a series of printed publications addressing the themes of the project through writings, interviews, photos, and printed ephemera. Hardcore Architecture is a project of Marc Fischer and Public Collectors.

Cryptic Slaughter was a self-described “hardcore thrash” band based in Santa Monica, California. The group was active from 1985 until 1990 and produced one demo tape, four full-length albums, and one posthumous EP.  Cryptic Slaughter were pioneers of what came to be called “crossover”—a form of aggressive music that had one high top sneaker in metal and the other combat boot in hardcore punk. Three decades later everyone understands that peanut butter and chocolate taste great together, but in 1985 it was a risky proposition to be a long haired kid attending hardcore shows, making music that borrowed the guitar riffs and the heaviness of metal as well as the political concerns, anger, and speed of hardcore. Cryptic Slaughter—along with Dirty Rotten Imbeciles (D.R.I.), Corrosion of Conformity, The Accüsed, Crumbsuckers, Cro-Mags, and others—made music that punks and metal kids could both agree on.

This booklet consists of a very lengthy and detailed interview with Cryptic Slaughter's guitarist Les Evans by Marc Fischer of Public Collectors. As Evans joked in one email to Fischer: "I look at the length of my responses to your questions, and either you're a really good interviewer or I'm writing my autobiography!" In addition to the expected band business, Evans also talks about growing up in Santa Monica and how his upbringing there, and the local scene which included groups like Excel, Suicidal Tendencies, and Hirax, impacted their music in the mid-late 1980s.

The booklet also includes reproductions of printed ephemera related to Cryptic Slaughter including flyers and materials issued by the group. 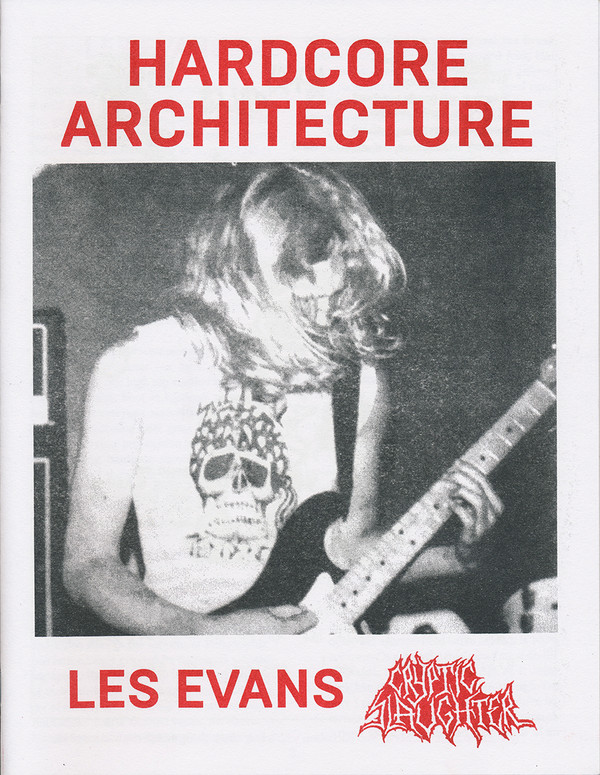 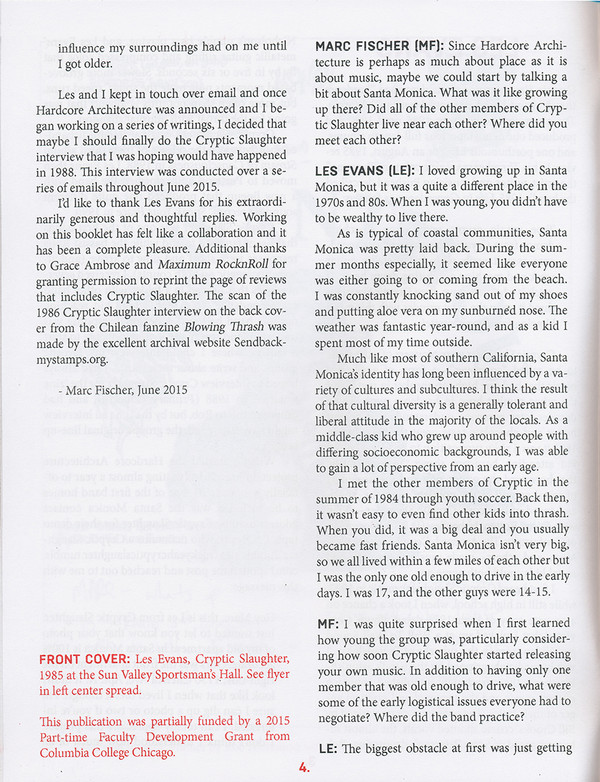 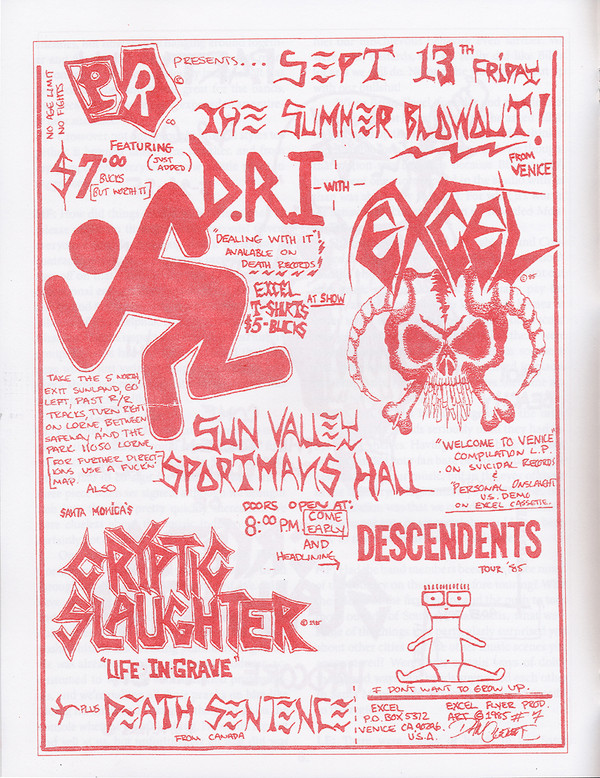 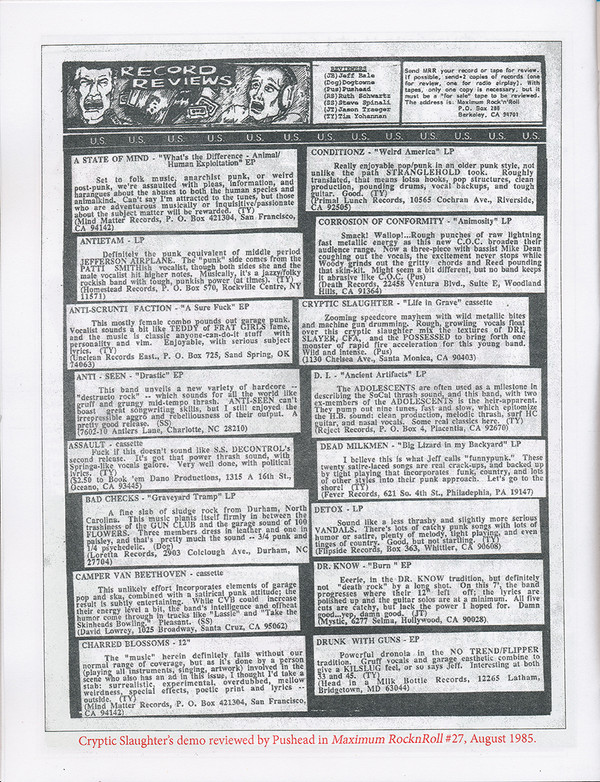 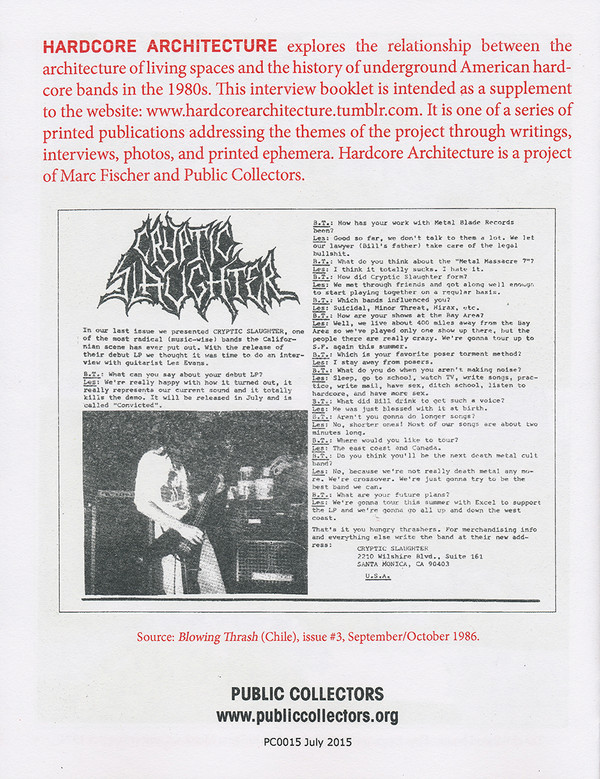