This new booklet from Learning Site documents a project called "House of Economy", 2010, realized in Auckland, New Zealand. It includes an essay by Anthony Isles titled, "Crises, Ruin, Allegory". Learning Site made a small house that decomposes over time. Here is their description of the project and thinking:

The title, The House of Economy, refers to the ever present possibility of collapse within all economic systems, but particularly those of contemporary financial capitalism. The walls of the structure are made from local clay excavated form an area north of Auckland and waste straw, paper pulp and wood shavings from nearby industries. Despite the seemingly solid exterior architecture, The House of Economy is, in fact, an eco-system that is simultaneously in the process of production, collapse and disintegration. Mushrooms and mycelium cover the interior walls. Throughout the period of the exhibition, as nature takes its course, the house produces food as a by-product of its collapsing architecture. The House of Economy is, in part, inspired by termitaries, and in part by the decayed architecture of deregulated financial markets, it forms an allegory of the entropy of architectural and economical systems. It is accompanied by images and a text written by writer Anthony Iles in conversation with the Rikke Luther, safely placed in a vitrine next to the collapsing dwelling. 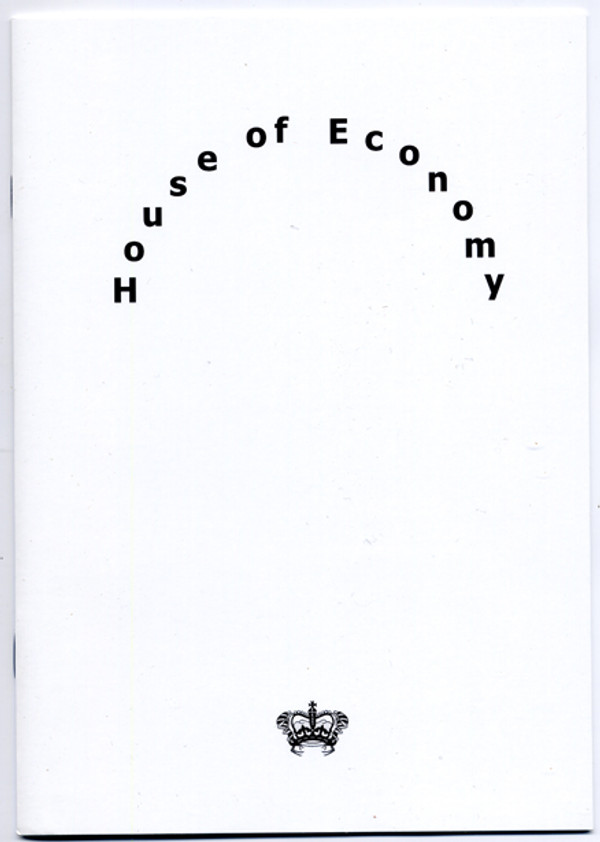