Another sweet collection from great folks at the Journal of Aesthetics and Protest.

The contents are as follows:

A Strain of Conversation by Paige Sarlin

Affective Composition and Aesthetics: On Dissolving the Audience and Facilitating the Mob by Stevphen Shukaitis

Listening Manifesto:Examining the Role of Poetry & Sound by Karla Diaz

Notes on the Emptying of a City by Ashley Hunt

Notes on Translation & the Art of War by Jen Hofer

The Poetics of Rebellion: The Atenco Case by Tiosha Bojórquez Chapela

As You Listen To This by David Burns

The Year of Oratory by Evan Holloway

Failing Each Other; Jes Cannon

Recruiting for the Crash by Renee Coloumbe

Politics by Other Means by Christina Ulke, Mark Tribe

On a Porch... by Olga Koumoundoros

What is the Purpose of Mystery by Sesshu Foster 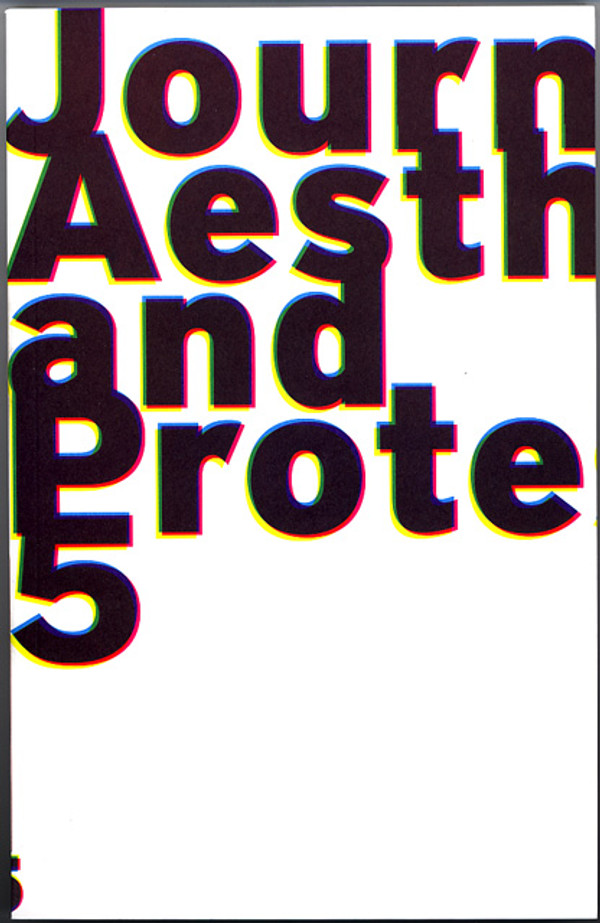