A user-friendly manual explaining and demonstrating international communal and intergenerational learning and socio-economic capacity building programmes (including the six local ECOLE_IG learning blocks) with the aim to stimulate and facilitate their replication by others.

For the last ten years, a network of locally-based projects from across Europe have been visiting each other to learn, teach, share and discover the knowledge held in their communities. This network has involved projects, practices, participants and ordinary people from six countries, nine regions, four cities, two towns and six villages. This is the Eco Nomadic School.

The Eco Nomadic School grew out of two pan-European collaborative research projects: PEPRAV (European Platform for Alternative Practice and Research in the City) in 2006/2007, and Rhyzom, from 2008-2010. The experience of taking field trips to study and meet other local projects across Europe led to a bigger idea: to use the budding network as a place for mutual learning – a school – where the curriculum is organised around the topics, needs and ambitions of local projects.

Many groups have been involved in running the school, including atelier d’architecture autogerée in Paris; Myvillages, based in Rotterdam; FCDL and APTNV in Romania; Brave New Alps in Northern Italy; the Museum of Contemporary Art in Leipzig; the Peasant Museum in Bamberg; and the University of Sheffield’s School of Architecture, in the UK.

The school reflects the projects that comprise it. It’s informal, self-organised, de-centralised and geographically dispersed; non-hierarchical, peer-led and multilingual. Crucially, the roles of learner and teacher are interchangeable. The same applies to the roles of specialists and amateurs, locals and incomers, doers and speakers, researchers and makers.

One of the strongest aspects of the school is its translocal focus: the fact that people involved in locally specific projects travel to see, learn from, and inform other local projects, in far away places. Thus rural activists from Brezoi meet students from Sheffield and architects from Paris; residents of suburban Colombes meet community artists from Northern Ireland or women entrepreneurs from Holland; rural women from Höfen meet clay specialists from nearby and academics from Sweden. The school acts as a means of travel for people beyond the usual academic/ artist network, who might never have travelled before, or only done so as tourists.

The Eco Nomadic School has been financed through a series of EU-funded Strategic Learning Partnerships, with the administration and coordination of the whole school being organised in turns by the different partners involved. The terminology required to administer EU applications can be terrifying, but in times when ideas like internationalism, trans-national collaboration and diverse identities are increasingly associated with being un-patriotic, elitist and cosmopolitan, it’s of upmost urgency to amplify values that the EU supports: civic engagement and society, shared trans-cultural identities, mutual exchange and non-profit focused economies, across both rural and urban communities.

The book is titled Learn to Act, because that’s what we set out to do. The title is a clear proclamation towards a form of learning which is both an act of commoning and a moment in which knowledge becomes relative, collective and applied.

Learn to Act is about the near future, how to act, and how to support each other. 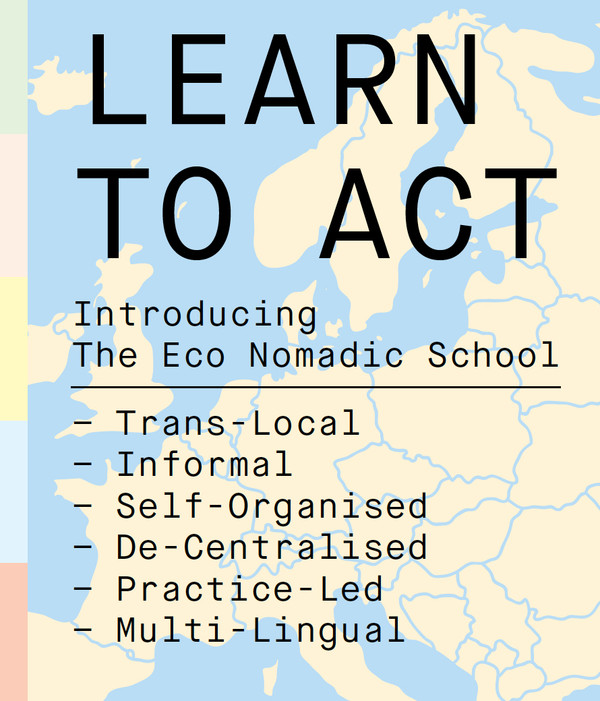 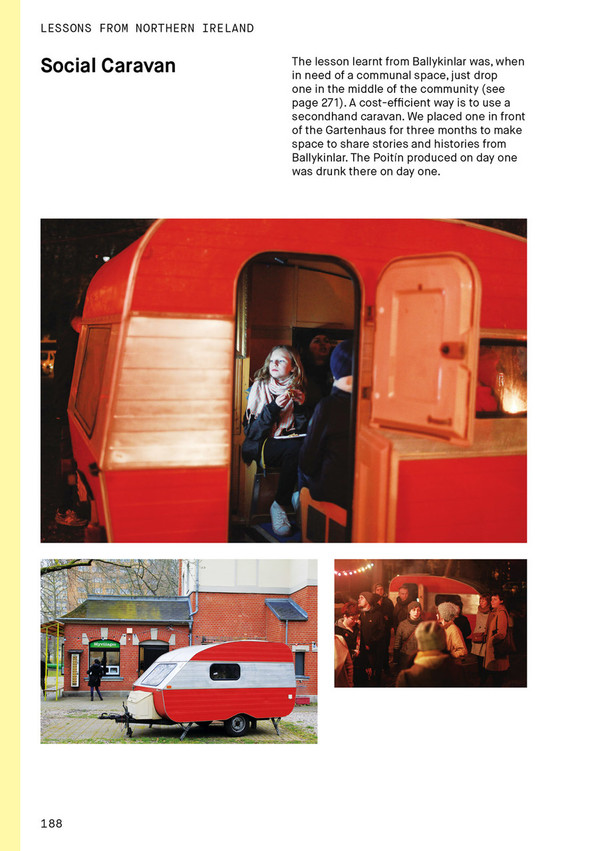 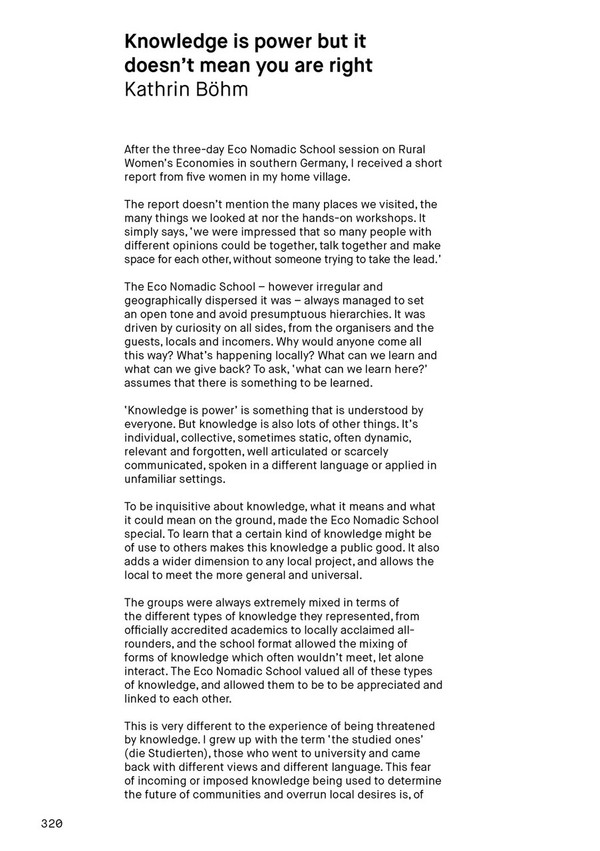 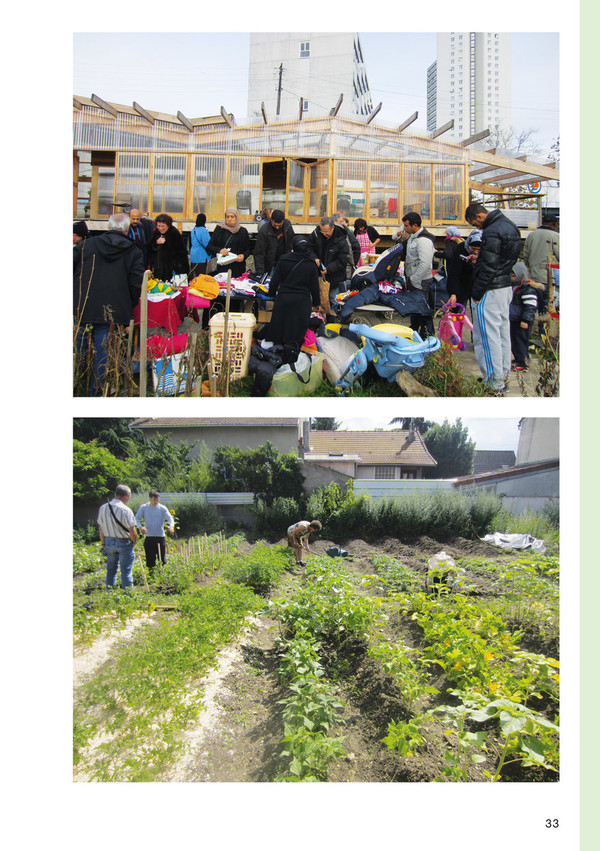 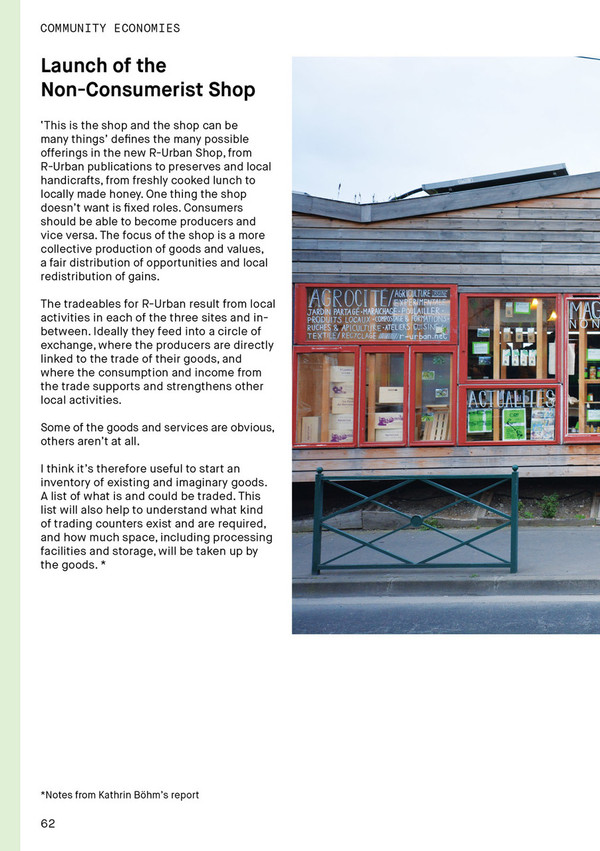 Group Work: A Compilation of Quotes About Collaboration from a Variety of Sources and Practices (2019 reprint)

An Edge Effect: Art & Ecology in the Nordic Landscape

Food Futures: Conversations about the future of food and agriculture in the Berlin-Brandenburg bio-region