If you attended a free jazz, experimental, or improvised music concert in Chicago from the early-1990s until October of 2006, at some point you were probably in the room with Malachi Ritscher and he was making an audio recording of the event. Ritscher recorded several thousand concerts in Chicago from the 1980s until 2006.

Malachi Ritscher was a Chicago-based documentarian, activist, artist, musician, photographer, hot-pepper-sauce maker, and supporter of experimental and improvised music. In a self-authored obituary on his website titled “Out of Time”, Ritscher described himself as “the modern day version of a ‘renaissance man,’ except instead of attaining success in several fields, he consistently failed, and didn’t really worry too much about it.” His creativity was not easy to categorize neatly and could be found as much in the placement of a microphone used to record a concert as in the combination of ingredients in a recipe or the design of a skateboard deck. From 2003 to 2006, Ritscher maintained the website Chicago Rash Audio Potential (www.savagesound.com), which shared extensive show listings interspersed with his concert and street photography, written insights about the music scene, and political agit-prop.

Ritscher came to international attention when, during morning rush-hour traffic on November 3, 2006, he poured gasoline over his body and immolated himself in front of Leonardo Nierman’s “Flame of the Millennium” sculpture at the Ohio feeder ramp along Chicago’s John F. Kennedy Expressway. A sign reading “Thou Shalt Not Kill. As Ye Sow So Shall Ye Reap. Your Taxes Buy Bombs and Bullets” was displayed during the action. Ritscher’s suicide was an explicit protest against the war in Iraq but was not reported as such until the alternative press, independent media journalists, and others forced the issue.

On the front page of his website, Ritscher wrote: “art and music can express outrage, inspire action, or soothe and distract; please think about priorities and be involved in things that matter.”

I hope that some of you will be able to see this exhibition. There will be a different version of this presentation at Experimental Sound Studio in Chicago in July and August, 2014. A PDF of the lengthy essay I am writing about Malachi Ritscher will be available for free download once it has been completed.

This project has been one of the most challenging and emotionally demanding things I have ever worked on. I’m happy to say that it is not something I am doing alone. The following people are lending objects or sharing their words and directly contributing to this presentation: 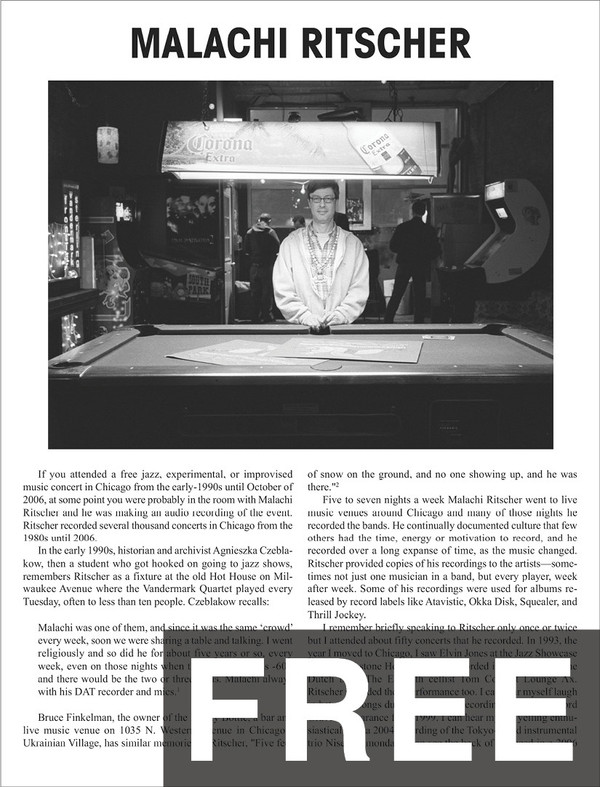 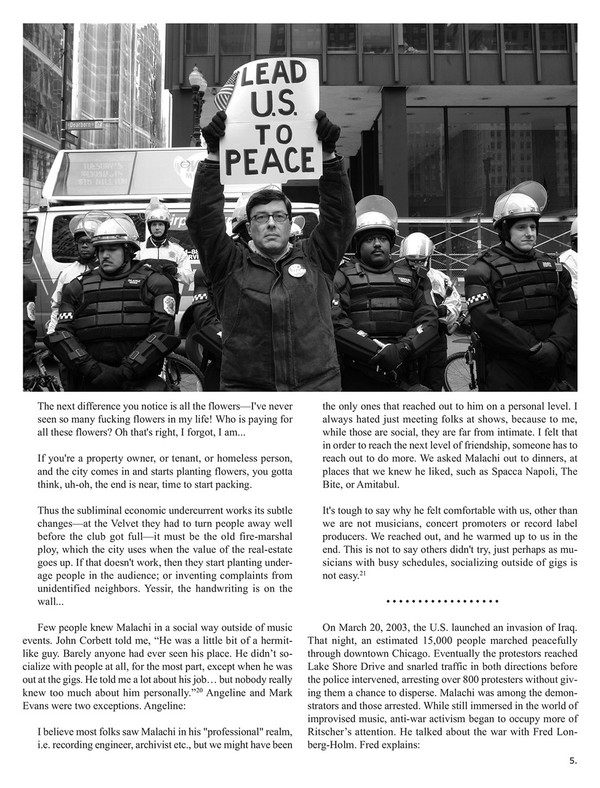 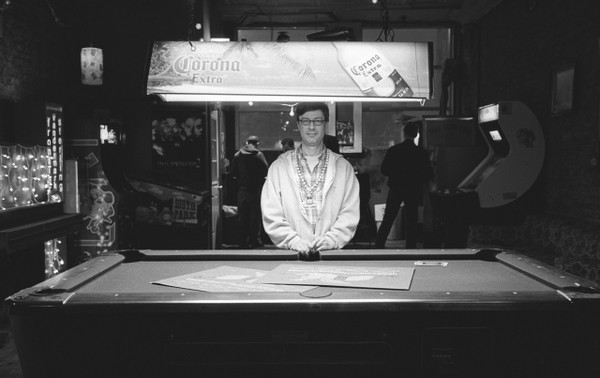 I read this because I knew Malachi when I lived in Chicago and wanted to learn more about him. We were in an Amnesty International local group and had a shared interest in the sort of music he recorded. We talked mostly about music. I can add another piece of info to this article: His apartment and then his house was filled with stuff. All sorts of stuff, much of it cast-offs from the buildings he worked in. He created paths, as one would by shoveling snow, so he could move around. I read about his death in The Wire. I think I have some idea why he killed himself as he did. This world is not easy