At long last, a reprint of our book Prisoners' Inventions—a collaboration with our late friend Angelo about the many things he observed during the course of his long incarceration in California. It has been over 15 years since this book was last in print. The original book was published by WhiteWalls, and we've taken on the printing of this new edition.

This greatly expanded new edition includes over 80 additional pages of material including many new drawings and writings about prisoners' inventions that Angelo created after the last printing, new writing from Temporary Services, blueprint drawings by Angelo of his prison cell, and photo documentation of the cell's recreation for Temporary Services' exhibitions of the project. The book also has a completely new design by Partner & Partners. We could not be happier that a new generation of readers will finally get to see this book, and that longtime fans who have worn out their original copies will be able to have this fresh, expanded edition.

From the back cover:

In 2001, the group Temporary Services invited their friend Angelo, a prisoner in California, to write about and draw the different things he had seen other prisoners invent.

Angelo illustrated everything from immersion heaters with electrical plugs made from razor blades, paper clips, and popsicle sticks, to cooking methods for bologna jerky on built-in cell light fixtures. These drawings and writings became the book and widely exhibited project Prisoners’ Inventions, first published in 2003.

This redesigned and expanded edition of Prisoners’ Inventions includes many pages of additional drawings and writings that Angelo produced after the last printing, as well as a new introduction by Temporary Services that details the origins and life of the project. Prisoners’ Inventions reveals an often-neglected side of prison existence: the need to create those objects and experiences that allow the most basic human desires to be satisfied.
Current Stock:
Close 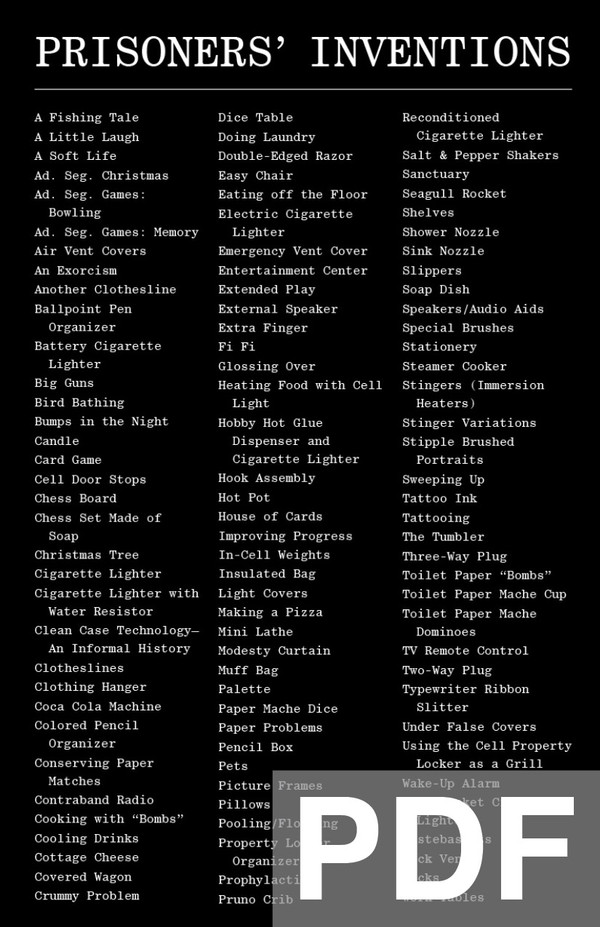 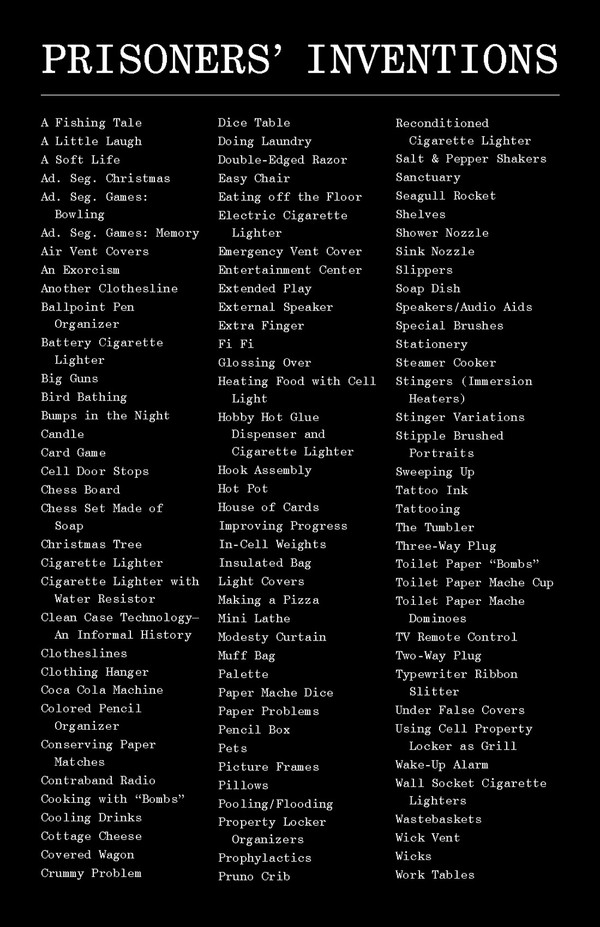 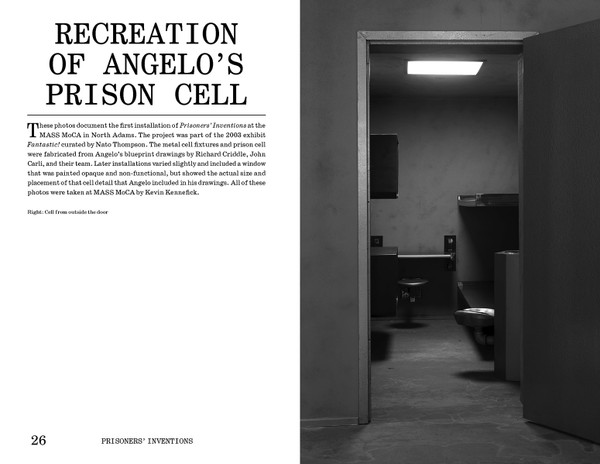 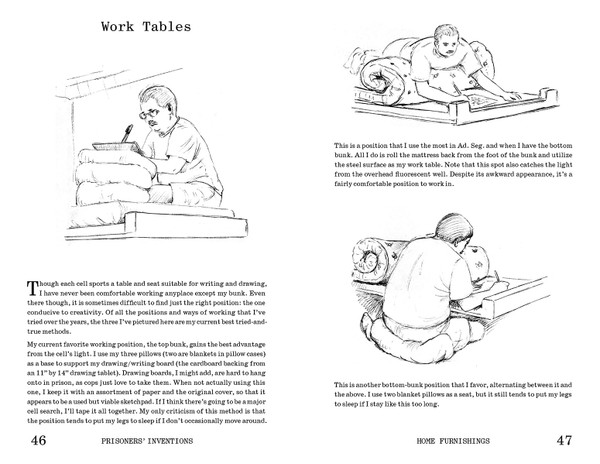 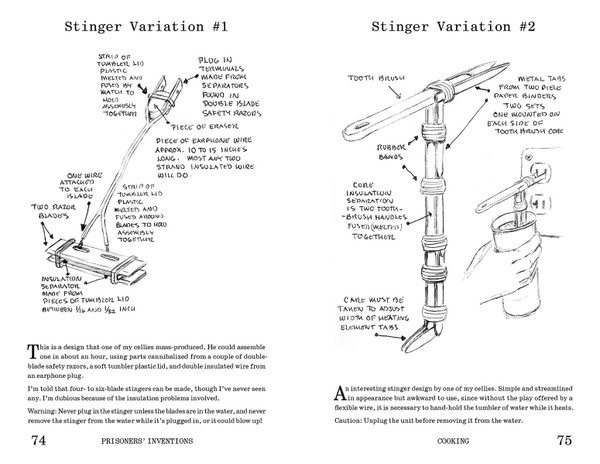 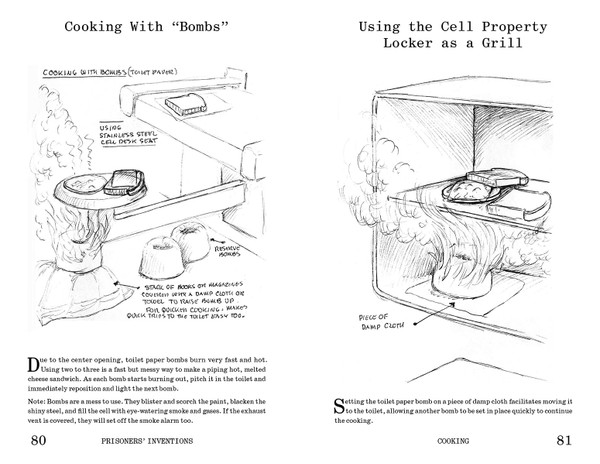 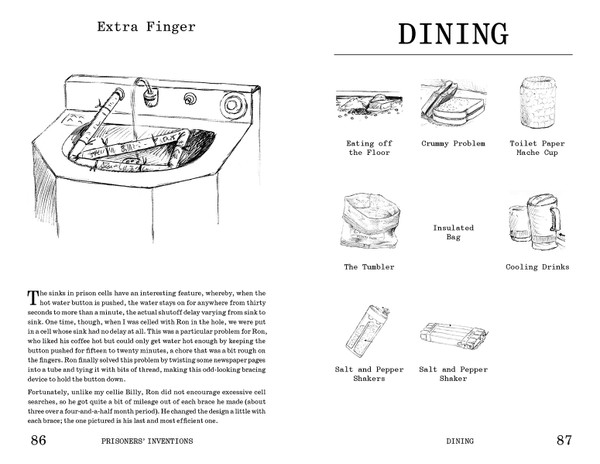 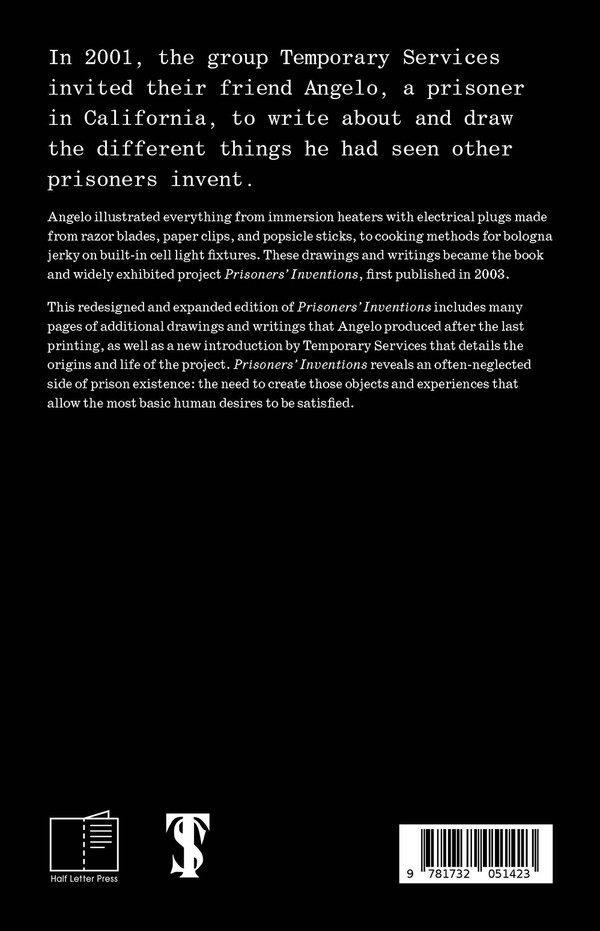 I was waiting for this book

I started it but and am taking it slow, it's a lot to process and think about. Great reading, great stories and inventions!

Publishing 'Zines for Prisoners: An Interview with Anthony Rayson [PDF]