Public Collectors publication #75 is another dive into the world of discarded and resold press photo archives.Protest Grim Reapers reproduces details from 27 press photos spanning from the late 1960s to the early 1990s. Where available, the stories behind each photo are included. From the back cover:

The grim reaper is an enduring figure at demonstrations. The reaper—or sometimes simply an angel of death—appears at protests for any cause where the gravity of a death figure feels appropriate. The reaper traditionally carries a scythe and wears a black hood and a skull mask or skull face paint, but sometimes the scythe is replaced with a different symbolic object.

For the past four years I have been collecting press photos of grim reapers at protests against hunger, radioactive waste, animal abuse, the death penalty, the Vietnam war, the closing of a Chrysler plant, demands for clean air and water, restrictions on abortion and more. These older press photos are routinely sold on the secondary market by dealers that acquire the archives of newspapers, or others that have purged their file copies. The dates of these photos reflect the availability of darkroom prints and wirephotos, taken before digital photography became dominant at most news outlets.

In recent years, the grim reaper has been in the news when people wearing this costume attended protests against keeping beaches and schools open during the COVID-19 pandemic. In general, the reaper tells spectators: ‘I am here because this is a matter or life or death for someone or something. I don’t want to be here, but because of you, your corporation, your politicians, or your crimes against humanity, my presence is justified. If this wasn’t deadly serious, I would have stayed at home or worn something else.’ 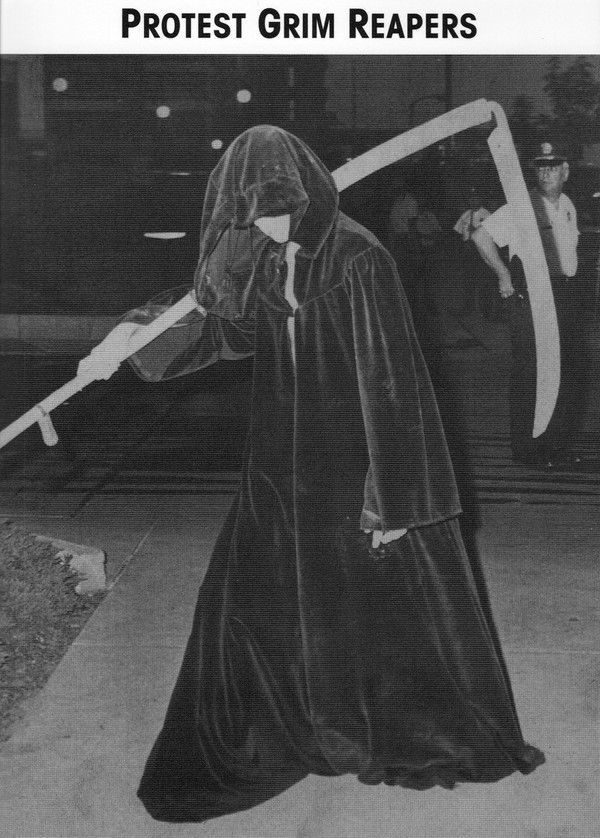 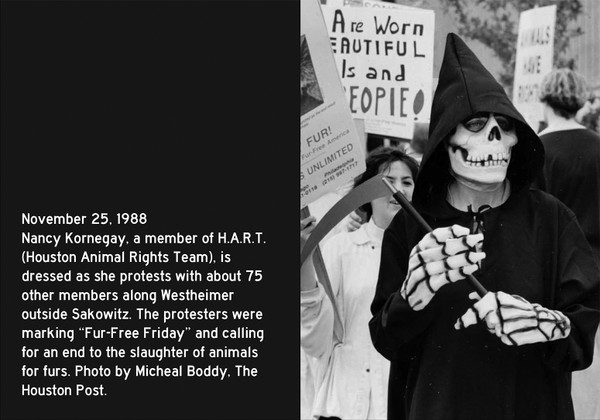 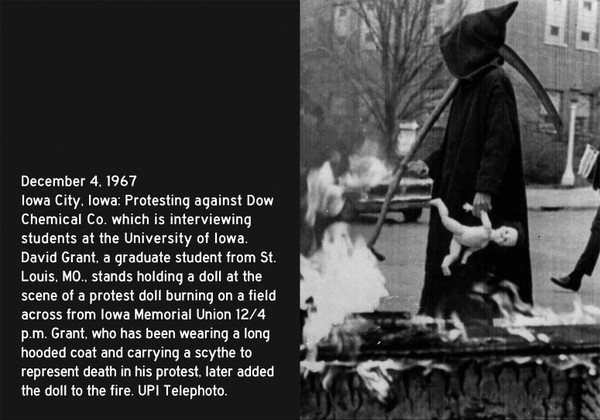 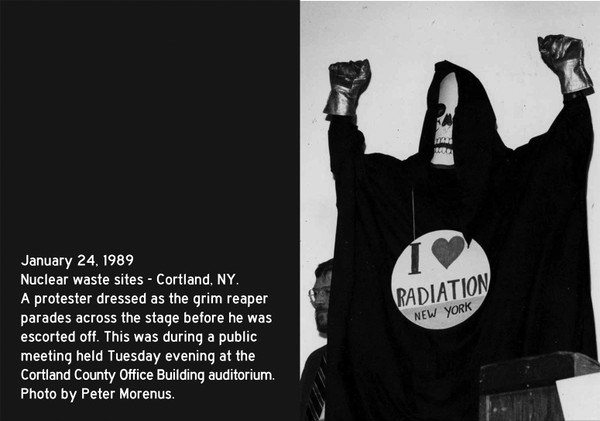 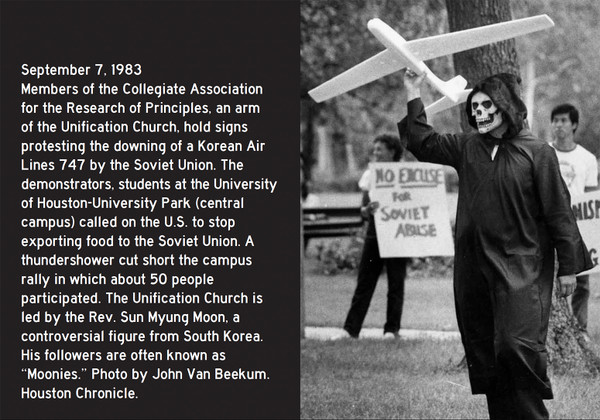 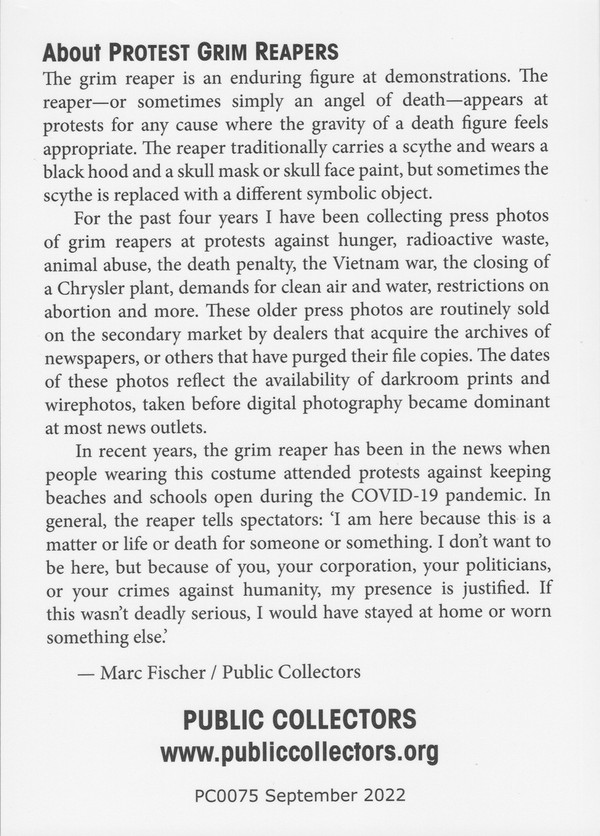 Such a great idea, executed beautifully. Another excellent publication from the brilliant mind of Marc Fischer!