Running Out of Time is a passionate breakdown of the musical Hamilton by Chicago high school student Jessica Tapia. Jessica takes part in an after school publishing program led by Marc Fischer (Temporary Services, Half Letter Press, Public Collectors) and Chicago Public School teacher Katy Jung through the organization CAPE (Chicago Arts Partnerships in Education). For the past few years Fischer and Jung have been working with students to produce their own publications and this is Tapia's first solo effort. Tapia's enthusiasm for Hamilton is deep and real. This is truly a FAN zine. From the introduction by Tapia:

I’ve always loved anything to do with poetry, especially poetry slams, which never fail to give me goosebumps. During sophomore year, my United States History teacher showed us a video. It was that one video in which Lin-Manuel Miranda performed at The White House’s Poetry Slam in 2009. Miranda was to perform a song he was working for his hip hop album on Hamilton. Hip Hop and rap have always been a genre that I enjoyed as long as it had a good message with it. While watching the video, I was seated in the front. As the song started, I began to get goosebumps. It was so good that I was on the verge of tears. That video really impacted me and I started to research more on Hamilton.

By the time I learned a couple of songs, my teacher told us that we had the honor to go see the musical at CIBC Theater in downtown Chicago. He couldn’t take all the kids so only certain kids could go. Long story short, I didn’t receive a permission slip because he forgot but my friend told him for me. I am forever in her debt. The musical was amazing; I was so excited. We were told not to sing and stuff but I still did. I was so quiet though. I was able to get through the first song when a teacher told me to stop. She later asked how I knew all the words. Now junior year I think she’s my psychology teacher. I’m unsure; I haven’t asked.

As for Hamilton, it is still a big influence on my life. In psychology I made my emotional intelligence project on Lin-Manuel Miranda. This musical has opened a door for me and now I really enjoy musicals. This experience has also fed my love for history even more. 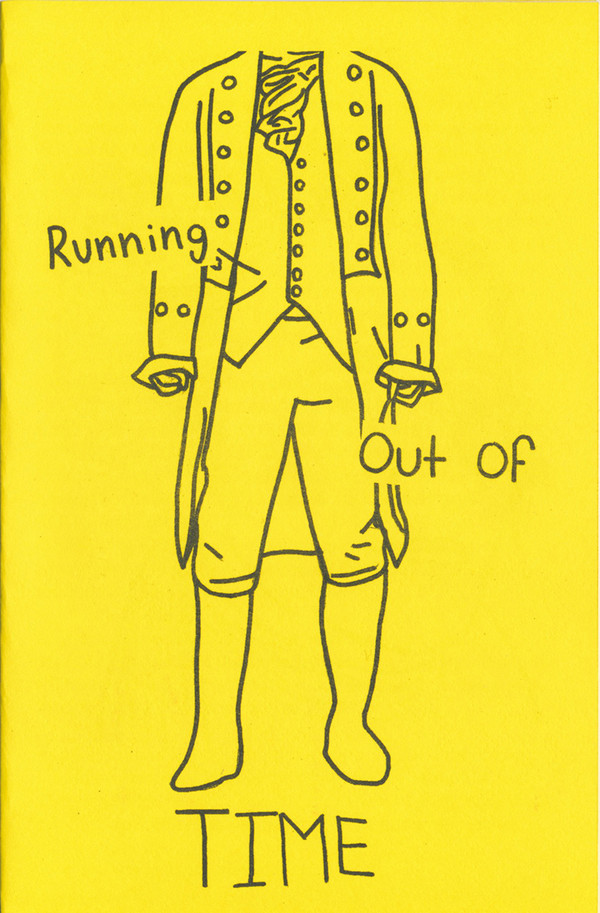 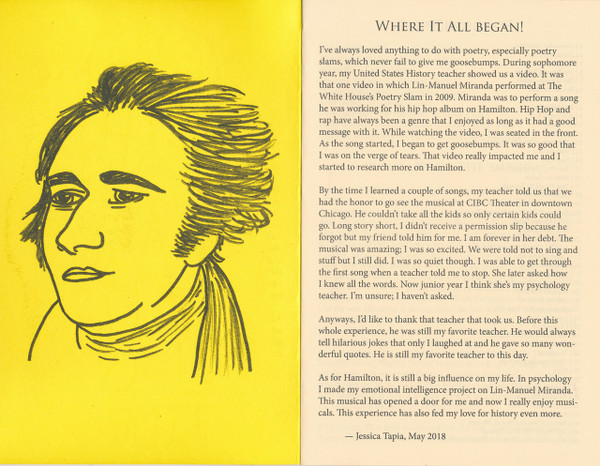 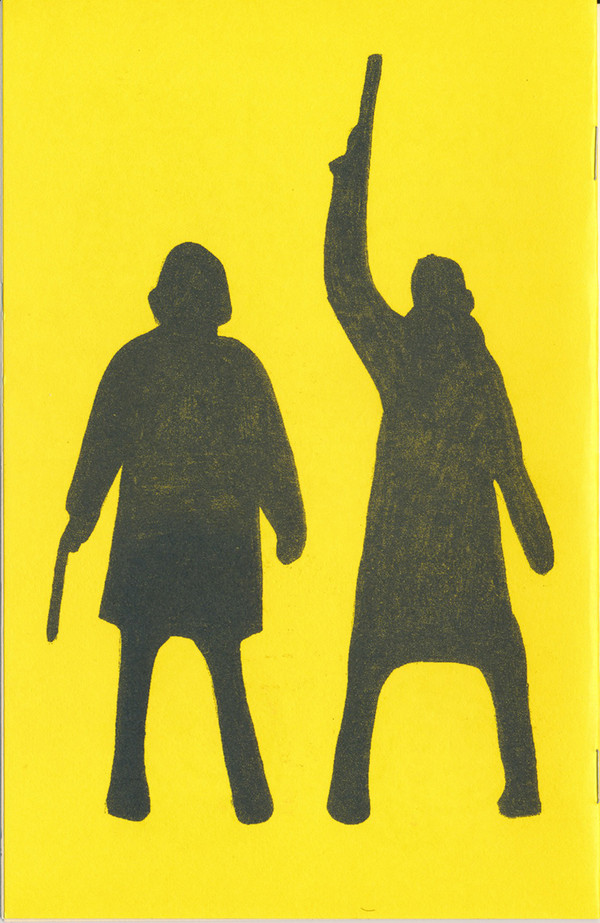