The ArtLeaks Gazette aims to shed critical light on both the challenges and obstacles inherent in the contemporary art world, in order to work towards constructive and meaningful transformations. Beyond “breaking the silence” and exposing bad practices, ArtLeaks is exploring the ways in which art workers around the world are pushing towards changing their factories of art, embedded in larger socio-economic-political flows. We realize this is a difficult task as the global condition since ArtLeaks was established in 2011 is quite different now. The (art)world has changed due to the major political and economic changes, while violence and hostility have greatly increased around the globe. The years to come seem like they will be even more full of conflicts and contradictions. Due to the increase of global wars, the threat of climate breakdown, and other devastating realities, technological progress cannot reduce or eradicate capitalist exploitation. Therefore, new media and technology are being used in a negative way, encouraging deeper precarity, austerity, and inequality. This is also happening in the sector of arts and culture increasing the debt of artists and cultural workers. We hope that art workers are able to formulate an answer to these challenges, to build strong coalitions, and to unionize in order to counter precarity and violence in a countervailing way.

The third issue of the ArtLeaks Gazette: “Artists Against Precarity and Violence – Resistance Strategies, Unionizing, and Coalition Building in a Time of Global Conflict and Contradiction”, brings together art workers dealing with these urgent Page / August 2015 4 questions about models of organizations, unionizing, and strategies of resistance, and helping us to illuminate new ways of production and coalition building in international and local environments.

Specifically, left over of cultural institutions of the welfare state is in poor shape due to the neoliberal offensive now underway for several decades. For example, in socalled “creative” European cities, significant numbers of registered artists function as a “reserve army” for cheap or even voluntary work. Conditions of artistic labor are summarily dismissed as unimportant, frequently among the upper echelons of the art management class, and sometimes even among artists that have either achieved economic hegemony or aspire to it. In some cases, when members of the art community do decide to speak out, they face the danger of being excluded from an exhibition or a project, or blacklisted from working in certain institutions. One of the problems lies in the fact that artists usually do not understand themselves as workers, but are interpolated as subjects of neoliberal necessity, working against each other and claim that art production differs from the production relations in a capitalist economy.

Several present-day art worker groups are beginning to look back to the late 1960s and early 1970s, and even further to the mid 19th century, particularly in the 1930s, as moments of inspiration during social movements and political struggles, for the struggle for art workers’ rights, reclaiming cultural institutions, art and/as labor in a global context. Indeed, we would emphasize today’s art workers need more of that do-it-together spirit, a greater common interest and a more developed strategy and plan for transformation. The challenge remains to continue to question the autonomy of artistic production, to confront those who benefit with this mode of cultural profiteering, and to demythologize the production process of art itself. 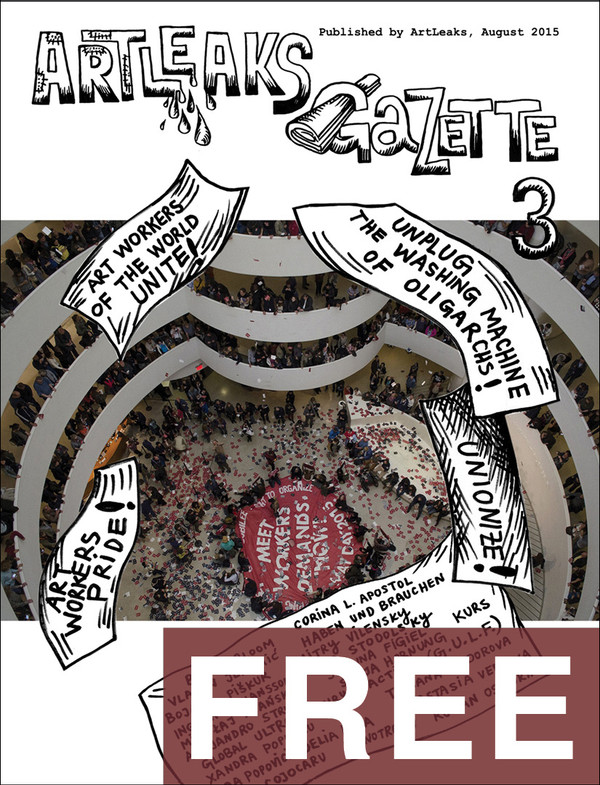 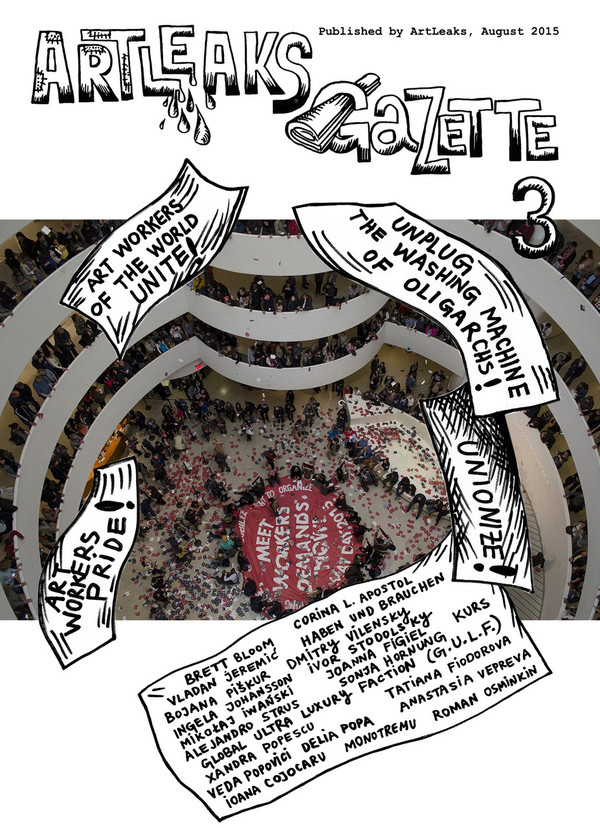 An Edge Effect: Art & Ecology in the Nordic Landscape [PDF-5]