At long last - a full book on this challenging group of shit-starters!!

Founded in New York City in the mid-1960s by self-educated ghetto kid and painter Ben Morea, the Black Mask group melded the ideas and inspiration of Dada and the Surrealists, with the anarchism of the Durruti Column from the Spanish Revolution. With a theory and practice that had much in common with their contemporaries the San Francisco Diggers, Dutch Provos, and the French Situationists who famously excommunicated 3 of the 4 members of the British section of the Situationist International for associating too closely with Black Mask. The group intervened spectacularly in the art, politics and culture of their times. From shutting down the Museum of Modern Art to protesting Wall Streets bankrolling of war, from battling with Maoists at SDS conferences to defending the Valerie Solanas shooting of Andy Warhol, Black Mask successfully straddled the counterculture and politics of the 60s, and remained the Joker in the pack of both sides of "The Movement."

By 1968 Black Mask dissolved into "The Family" (popularly known as Up Against The Wall Motherfuckerthe name to which they signed their first leaflet), which combined the confrontational theater and tactics of Black Mask with a much more aggressively "street" approach in dealing with the police, and authorities. Dubbed a "street gang with analysis" they were reputedly the only white grouping taken seriously by the Black Panther Party, and influenced everyone from the Weathermen to the "hippy" communal movements.

This volume collects the complete ten issues of the paper Black Mask (produced from 1966-1967 by Ben Morea and Ron Hahne), together with a generous collection of the leaflets, articles, and flyers generated by Black Mask, and UATW/MF, the UATW/MF Magazine, and both the Free Press and Rolling Stone reports on UATW/MF. A lengthy interview with founder Ben Morea provides context and color to this fascinating documentary legacy of NYCs now legendary provocateurs.

We are neither artists or anti-artists. We are creative menrevolutionaries. As creative men we are dedicated to building a new society, but we must also destroy the existing travesty. What art will replace the burning bodies and dead minds this society is creating? Ben Morea, Black Mask #3, January 1967

If the blacks [have] decided to get together with their brothers first, then the whites had better do the same: they can no longer ride the black panther. Yet revolution has no color barrier: if blacks can do it, whites better learn, for only then will Revolutionary power replace Black Power, revolution replace nationalism. Black Mask #8, October 1967

A teenage delinquent and drug addict, Ben Morea in the late 1950s went looking for the Beatniks, discovered the Living Theater, and developed a taste for, and involvement in, art and anarchism. A painter, rabble-rouser, and troublemaker, he was the main instigator of the Black Mask group, The Family (popularly know as Up Against The Wall Motherfucker, and no relation to the West Coast Manson "family"), and the Armed Love communal movement. By the end of the 60s, facing increased police attention, Ben Morea "disappeared" into the rural communal movement, and anonymity. He continues to paint (and now blog), and galvanized by the current Imperial wars, has re-emerged to talk of the legacy and history of Black Mask and The Family, and their relevance to the struggles today.

Ron Hahne, along with co-conspirator Ben Morea, was the principal founder of the Black Mask group, and producer of the ten issues of Black Mask. 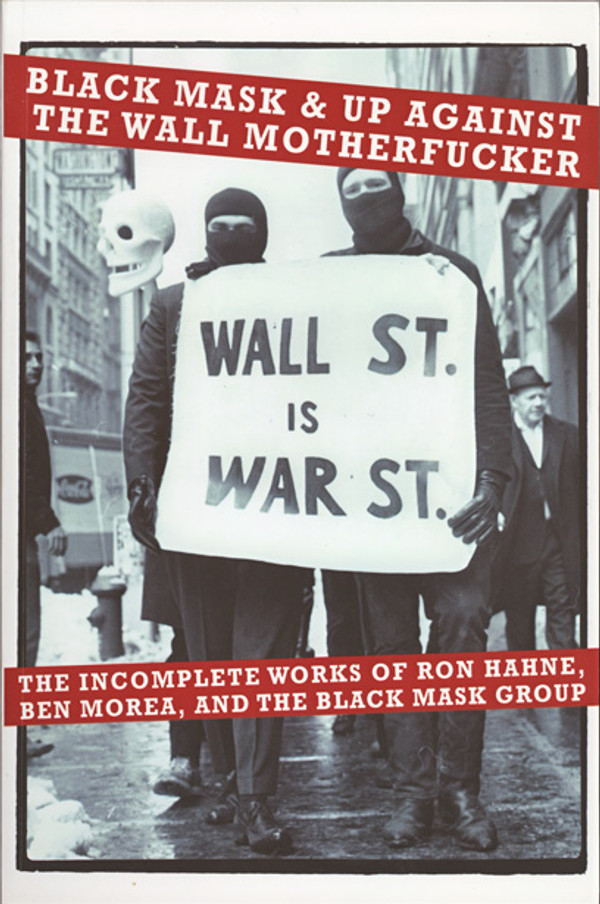 The Story of Crass

When Santa Claus Came to Town with Solvognen