On 18th December 1974, the Danish activist theatre group Solvognen brought a small army of Santa Clauses onto the streets of Copenhagen.

They paraded through the city, singing songs, handing out sweets and hot chocolate, and asking everyone what they wanted for Christmas. Soon they were all over the place, their apparently naïve attempts to spread generosity and question greed causing scenes in supermarkets, banks, factories, schools and police stations - and ultimately in court, after the week-long performance culminated in a mass handout of presents directly from the shelves of Copenhagen's biggest department store.

To celebrate the 36th anniversary of the performance, Kunsthall Oslo and Torpedo Press will publish a new English translation of the children's book When Santa Claus Came to Town with Solvognen (originally published in Danish as Da Julemændene kom til byen med Solvognen, Demos 1975), produced in cooperation with the original authors and illustrated with photographs from the 1974 performance.

Solvognen was an activist theatre group associated with the autonomous neighbourhood of Christiania in Copenhagen. They wrote, produced and performed many large-scale performance/actions throughout the 1970s, including the NATO Army (1973), the Santa Claus Army (1974), the Animal Army (1975), and the Rebild Action (1976). 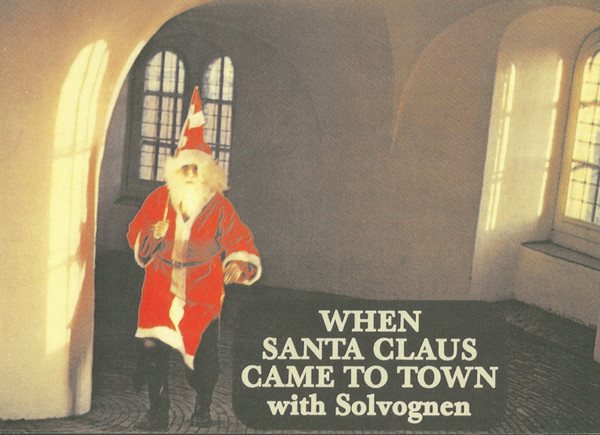 Guerrilla Television and Activist Video: A view from the last 35 years

Expect Anything Fear Nothing: The Situationist Movement in Scandinavia and Elsewhere