This volume is the first English-language presentation of the Scandinavian Situationists and their role in the Situationist movement. The Situationist movement was an international movement of artists, writers and thinkers that in the 1950s and 1960s tried to revolutionize the world through rejecting bourgeois art and critiquing the post-World War Two capitalist consumer society.

The book contains articles, conversations and statements by former members of the Situationists organisations as well as contemporary artists, activists, scholars and writers. While previous publications about the Situationist movement almost exclusively have focused on the contribution of the French section and in particular on the role of the Guy Debord this book aims to shed light on the activities of the Situationists active in places like Denmark, Sweden and Holland. The themes and stories chronicled include: The anarchist undertakings of the Drakabygget movement led by the rebel artists Jørgen Nash, Hardy Strid and Jens Jørgen Thorsen, the exhibition by the Situationist International Destruction of RSG-6 in 1963 in Odense organised by the painter J.V. Martin in collaboration with Guy Debord, the journal The Situationist Times edited by Jacqueline de Jong, Asger Jorn's political critique of natural science and the films of the Drakabygget movement.

For too long now books about the Situationist International have been blighted by a persistent blind spot. Although often mentioned and just a summarily dismissed, the Scandinavian Situationists have been left to moulder away in unexplored territory for far too long. Now, with the publication of Expect Anything Fear Nothing, the full story of the Scandinavian Situationists can finally be told. And with this, the first full account of the fascinating characters involved and the presentation of new research into their significant contribution to art and contestation, that particular blind spot is about to become nothing more than a peculiarity of the past.
 Simon Ford, author of The Situationist International: A Users Guide

Join the partisans against oblivion. The North will rise again. Read about knots, and what's not, fashionable nonsense and ostracized acumen, smelly herrings and Camembert. Not just in culinary terms, the Germanic and the French tribes battle it out: farmers, self-deluders, underground heroes, ladies. Freedom is not for sale, but this book is. With pictures too.
 Esther Leslie, Professor of Political Aesthetics, Birkbeck, University of London

The Situationist project was always much bigger than Paris. This book returns Jacqueline De Jong's Situationist Times and the Scandinavian wing of the movement to their rightful place in the story. It is full of resources for the ongoing challenge of contesting everything, everywhere.
 McKenzie Wark, author of The Beach Beneath the Street

An indispensible work of historical retrieval. In this homage without hagiography, the landscape of the situationist project is forever changed - and enlarged. Bolt Rasmussen and Jakobsen have produced a myth-busting corrective to Francocentric orthodoxy; above all, they bring the artists back in from the cold. Expect Anything Fear Nothing is a brilliant blend of archival sleuthing, visual ethnography, fascinating memoir from unbowed survivors, and lucid analysis with an eye to unfinished revolutionary business.
 Iain Boal, Retort, co-author of Afflicted Powers: Capital and Spectacle in a New Age of War

Mikkel Bolt Rasmussen is an art historian and political theorist. He is associate professor at the University of Copenhagen and has published books and articles on the revolutionary tradition and modern art.

Jakob Jakobsen is an artist, organizer and activist. He ran the Copenhagen Free University, cofounded the artist run TV-station tvtv and has participated in exhibitions and projects all over the world. 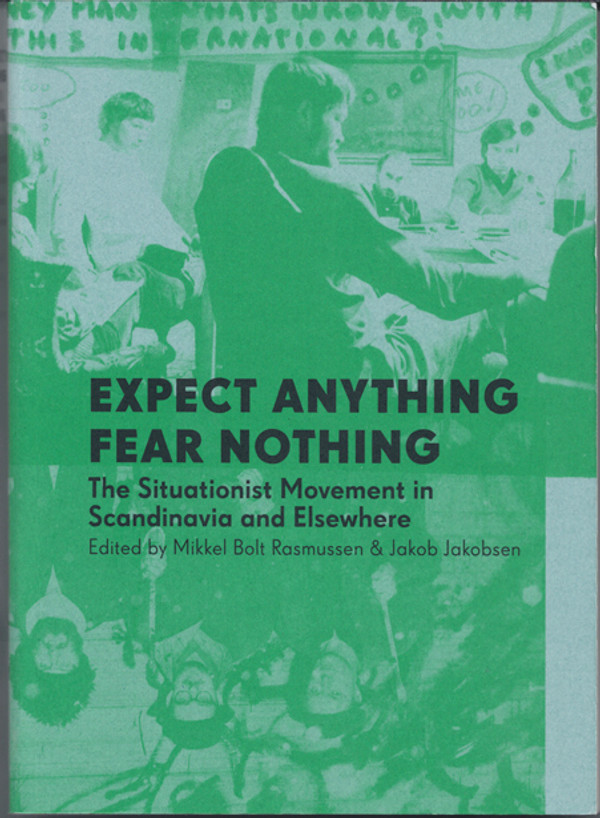 When Santa Claus Came to Town with Solvognen

Guerrilla Television and Activist Video: A view from the last 35 years