A full color, photo-filled booklet from Public Collectors for the much-publicized project Hardcore Architecture. Hardcore Architecture explores the relationship between the architecture of living spaces and the history of American hardcore bands in the 1980s. Other underground or marginal forms of music are sometimes included in the project where applicable. Band addresses in this booklet were discovered using contact listings found in demo tape and record reviews published from 1982-89 in the magazine Maximum RocknRoll. Google Street View was used to capture photos of the homes. Street names and numbers are removed to respect the privacy of people currently living at these addresses.

Hardcore Architecture is a project of Marc Fischer and Public Collectors. This publication presents a sample of some of the findings from the first year of the project. Many additional houses and other extensions of this project can be found on:hardcorearchitecture.tumblr.com

In addition to a five page essay by Fischer on the project, its findings so far, and its methodology, this booklet includes photos of 66 different band-related houses. Among the bands included are: The Crucifucks, The Didjits, The Offenders, Cryptic Slaughter, Koro, Capitalist Casualties, Poison Idea, Breakdown, Pussy Galore, Sonic Youth, Dead Virgins, Urge Overkill, Rights of the Accused, Organ Donors, Phantom Tollbooth, Uniform Choice, End Result, Murphy's Law, Impulse Manslaughter, No Use for a Name, Suburban Mutilation, N.O.T.A., and many more.

Recommended for fans of underground music culture, parents with children that play in bands, architects, and real estate agents!

A reprint of 1000 copies was produced in December 2019. It is largely identical except for some slight corrections, edits, and design adjustments. 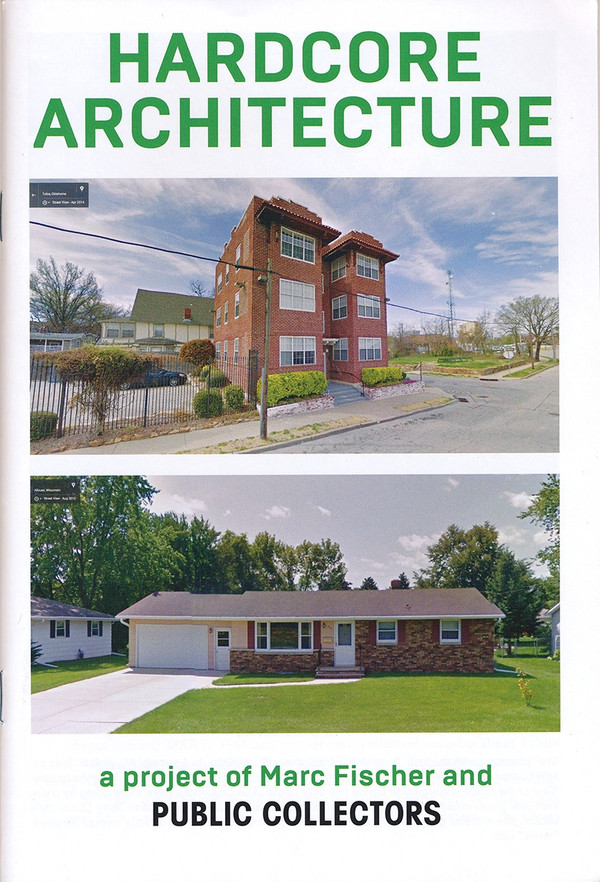 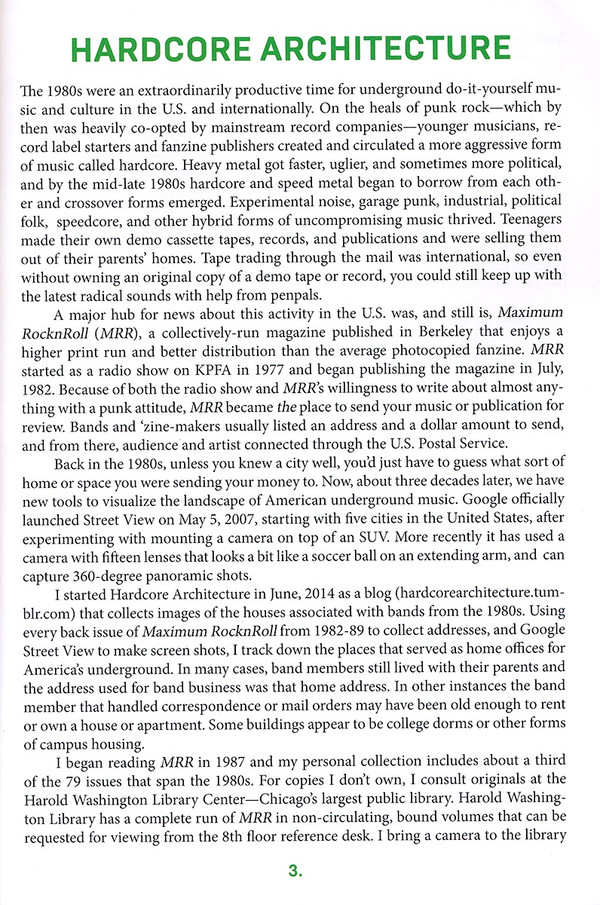 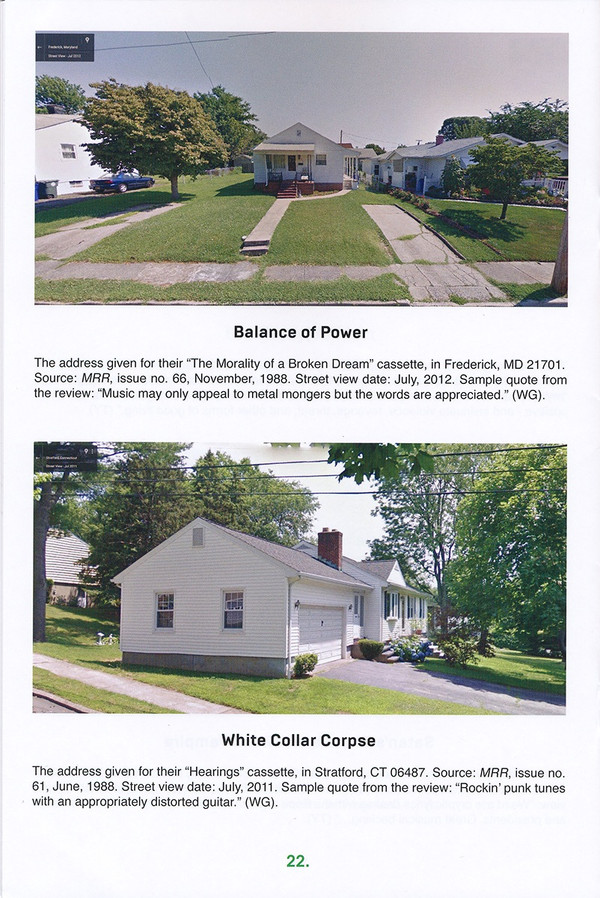 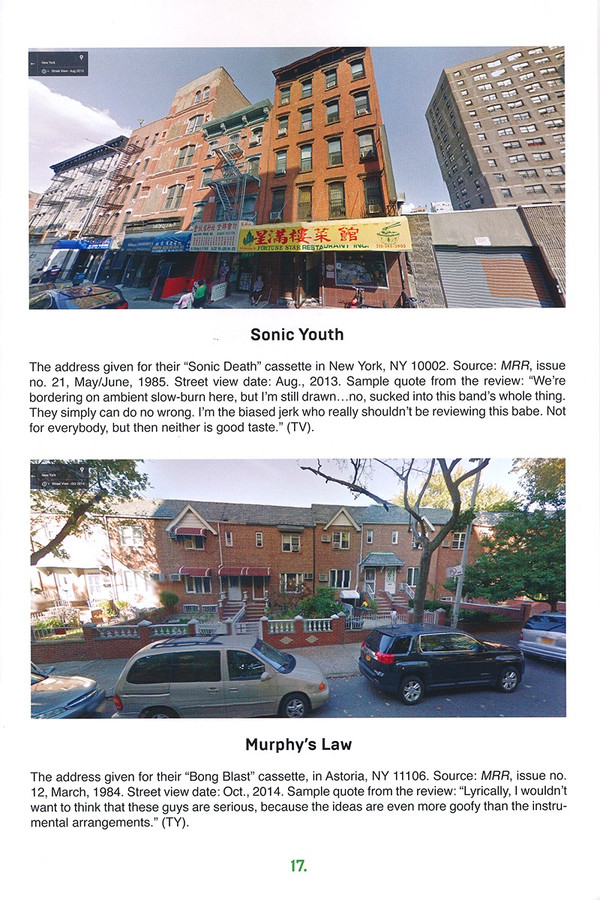 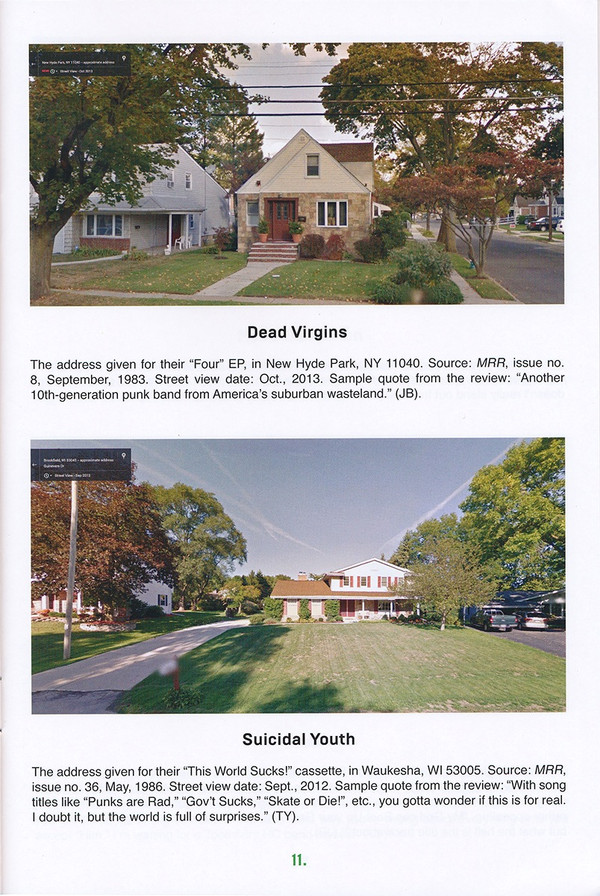 This is such a cool project, I would love to see more in the future. I have greatly enjoyed this piece, and loved the stickers and extras in the package. Thank you so much! Can't wait to order again in the future.

Probably one of my favorite blogs, Hardcore Architecture is great peak into the hardcore scene of the 1980's through the spaces these band lived and created in. Marc's introduction, as usual, is a compassionate, thoughtful meditation on how art intersects with space. Don't miss this one.

The zine lives up to my expectations. I love the idea of the punk music coming from these suburban settings. Really fascinating and amusing book. Love it!