Hooray! A new issue of Journal of Aesthetics and Protest, once again with a new format (the design this time is by Florian Lamm and Lea Sievertsen) and nice comfy big type. Photos throughout the publication are a bit more abstractly chosen than illustrative of the essays and interviews, which is a curious choice but it wouldn't be JOAAP without constant experimentation and play. From the intro editorial:

"Between the rising seas and increasing valuation we find some sort of home. Among the memories of what we thought impossible that came to eventually be. A footstep crosses one thousand footfalls of the six-footed ant but they each go the same distance.

Issue 9 (nine) of this here Journal of A & P wondered at the length of the day in order to understand what was really there. It had grown accustomed to the loud alarm and the cold morning air it insisted upon entering half dressed. A morning shower was no longer of interest, the day always started too soon and coffee had finally become something to step on until lunch..."

Contents for this issue:

"Melt With Us" by duskin drum & Sarah Lewison

"Counter Power as Common Power" by Not an Alternative

An Interview with Josh MacPhee by Heath Schultz and Brendan Baylor

"The Artist's Way" by Toots McSparkles

"We Are All Sound: Poetics and Public Space in the Occupy Oakland Movement" by David Buuck

"On Hiatus: The Imminent Impossibility of the Art Strike" by Gabriel Mindel Saloman 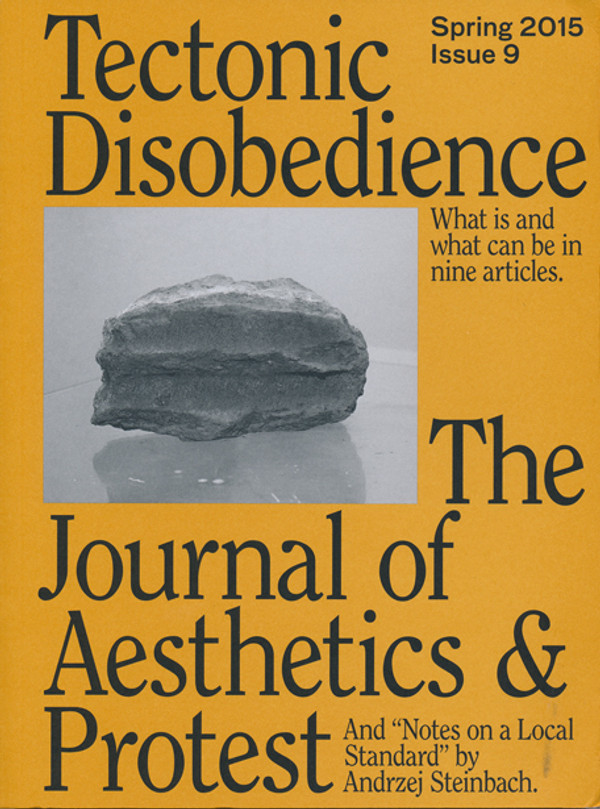 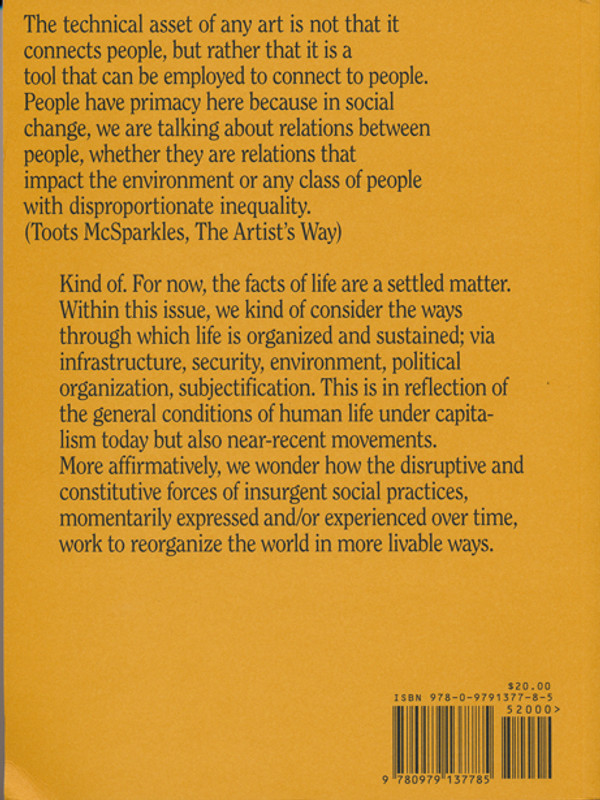