The first collection of reports from Public Collectors' meal-based artist residency that brings artists to observe Criminal Court in Chicago, followed by a meal and discussion.

For this residency program, artists and creative workers are invited to observe approximately three hours of court proceedings with Marc Fischer of Public Collectors at Cook County Criminal Court on 2600 S. California in Chicago. Following court, he treats the resident to a meal at Taqueria El Milagro on 3050 West 26th street in Little Village, where they talk about their observations over lunch. Each residency lasts approximately six hours including transportation within Chicago, to and from court. Each residency is also accompanied by a $20.00 donation to the Chicago Community Bond Fund (the approximate value of two meals at Taqueria El Milagro).

The Courtroom Artist Residency Report collects accounts of the first four residencies. These reports provide a space for the residents and Fischer to talk about their experience and share reflections, notes, and drawings related to their residency. Featured in this booklet are discussions with Peggy Pierrot, Wes Janz (who contributes an additional essay), Salem Collo-Julin, and Dmitry Samarov—who made a number of drawings during his residency. Together the residents observed a number of challenging cases including the murder trial of former Chicago Police Officer Jason Van Dyke, and a hearing for Gerald Reed who was convicted of a murder he did not commit 28 years ago, after a forced confession made after being tortured by police working under Detective Jon Burge. 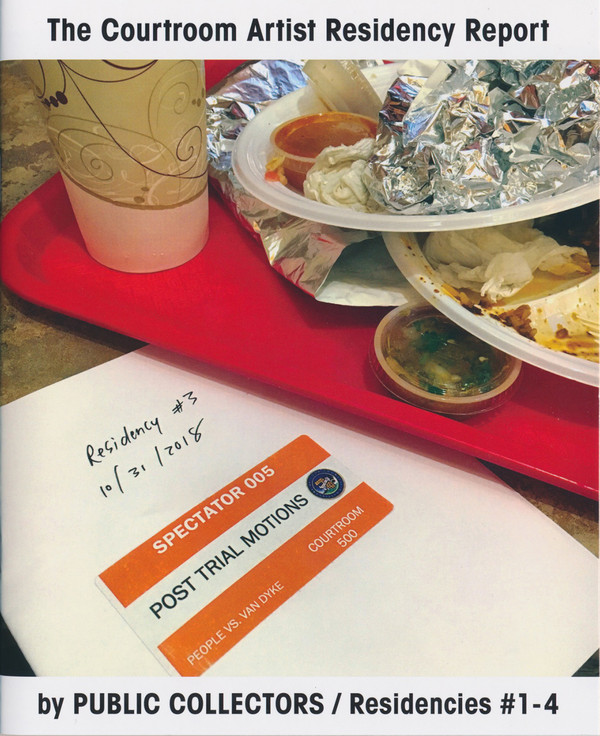 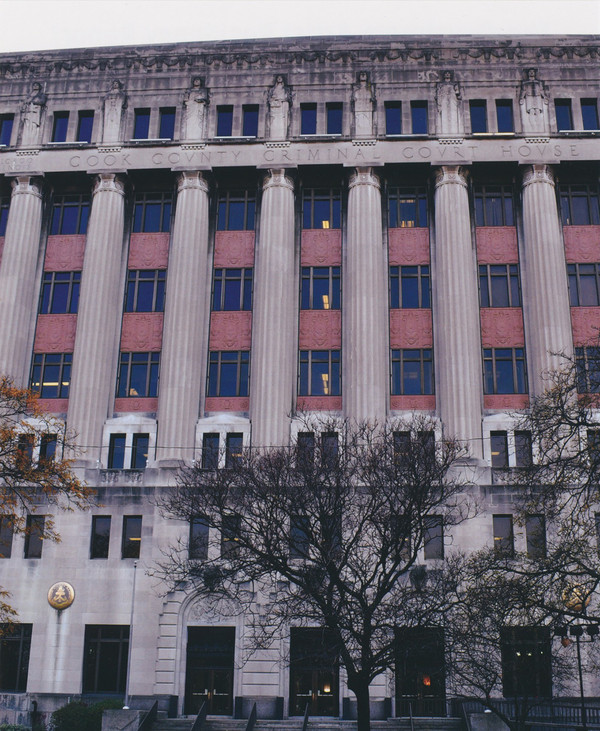 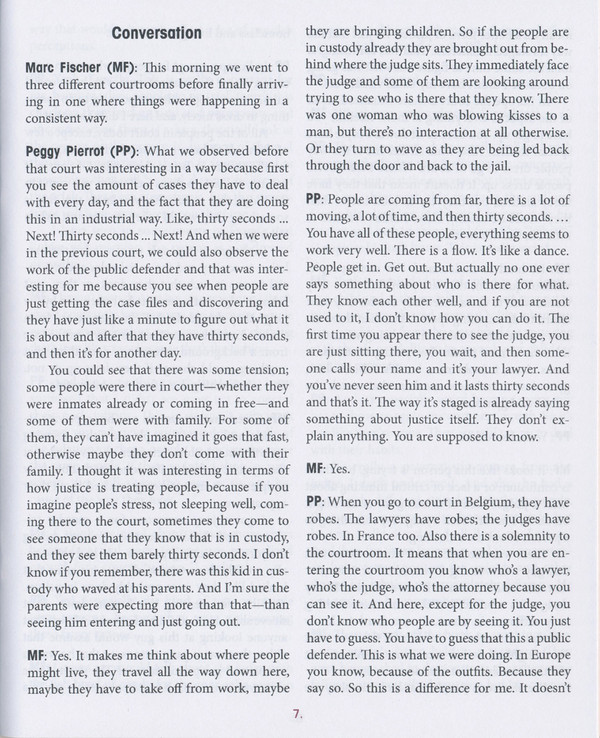 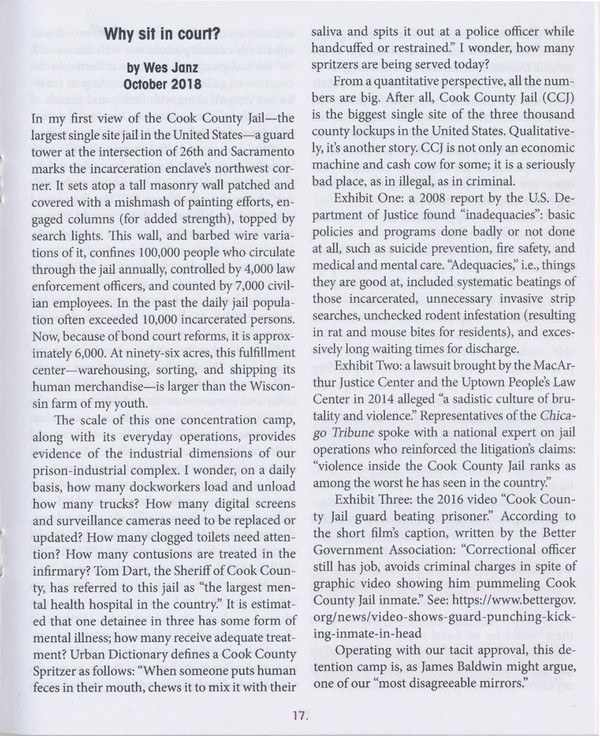 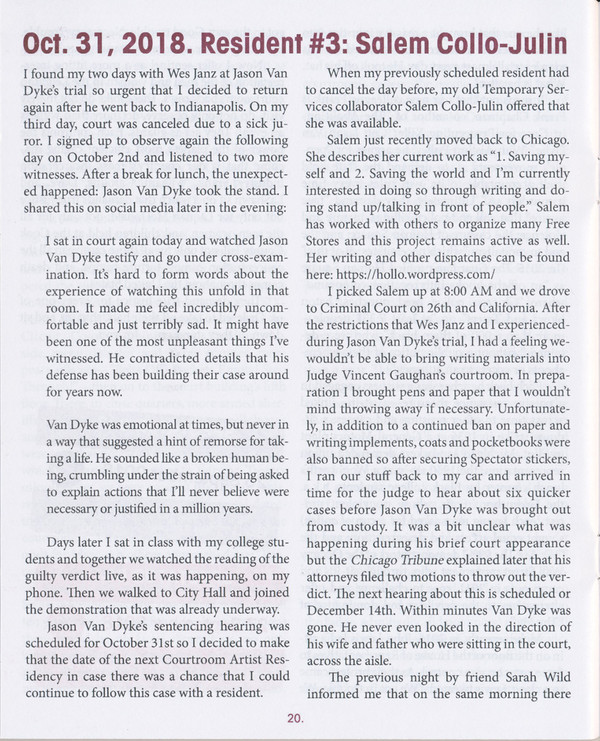 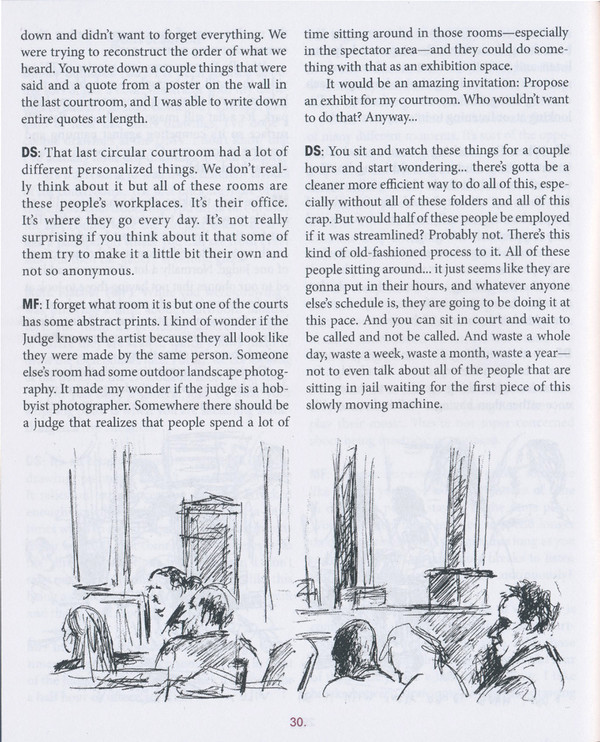 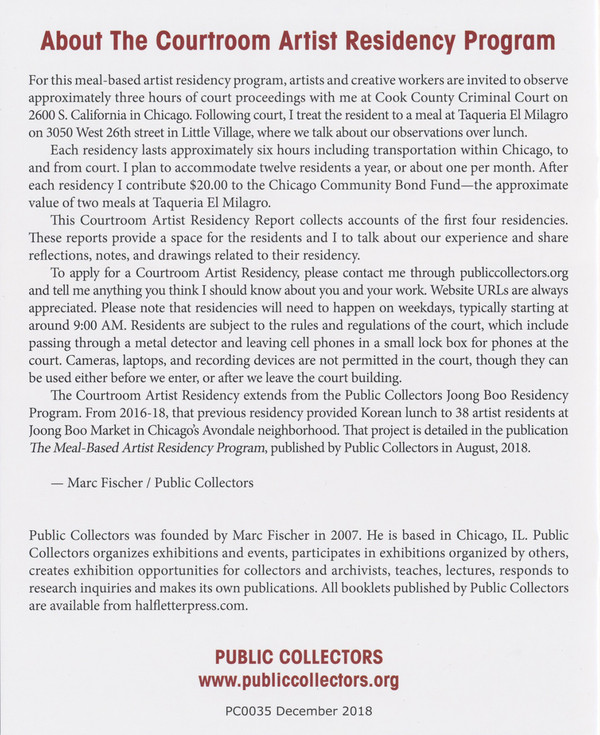